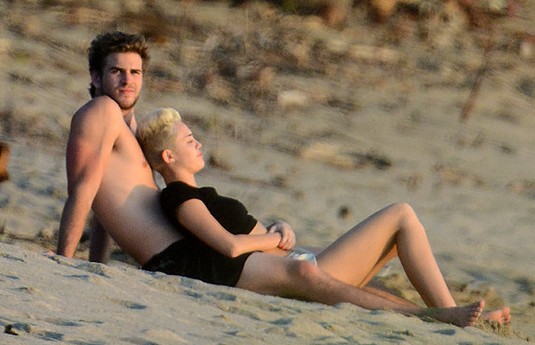 Liam Hemsworth has made it perfectly clear he wants an open relationship to Miley Cyrus, yet the singer refuses to agree to it. The hunky actor ditched his fiancee as he headed back to Australia to clear his head after he got caught cheating on Miley with January Jones who he allegedly took back to a nearby hotel after the two met at an Oscars after party.

Cyrus was said to have been left furious about it getting out to the press, yet she has managed to forgive him for it and took him back. But then, Liam drops the bombshell that the only way he can stay with Miley and make it work is if she agrees on an open relationship with him, meaning that he’ll be able to cheat whenever he wants to as long as the Disney starlet doesn’t find out about it.

It’s very common for couples to opt for an open relationship, especially when it’s been a little rough in someone’s romance, but Miley is absolutely not doing it — she feels that her parents raised her better than that to suddenly be disrespected in such a big way. Liam will pretty much be cheating with dozens of women while she’s at home constantly worrying what her fiance is up to.

Head over to our friends at Earsucker.com to find out what Miley had to say about an open relationship with Liam