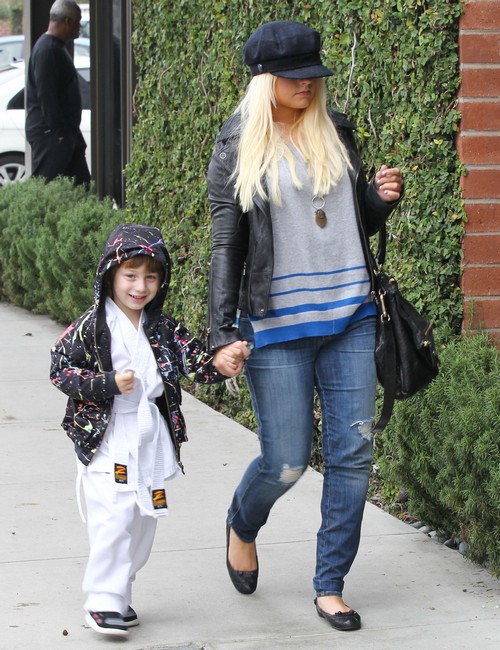 Christina Aguilera is working her butt off in the gym as she gears up to start planning her wedding to longtime boyfriend Matthew Rutler. The Voice mentor has reportedly already lost 25 pounds since taking a break from the hit show; she has hired a nutritionist and a personal trainer so that she can look her best in her wedding dress.

As of yet, no details have been revealed on when she plans to walk down the aisle for the second time. In fact, we haven’t even seen her wedding ring yet, but National Enquirer claims Xtina and Matthew have already been talking about married life together. She’s not bothered about a ring on her finger… she just wants to get married sometime this year.

A source revealed: “Christina is sprucing up and losing weight because she and Matt are planning to tie the knot this summer.” Well, it does make perfect sense though. In November, Christina shared how she felt much more comfortable in her fuller figure, and all of a sudden she has dropped 25lbs and plans to get married again start floating around. Coincidence? Celeb Dirty Laundry further adds: “A lot of women do try to lose weight before their wedding so they can look their best on the special day, and Christina just might be one of them. However, it’s hard to imagine that it’s to the level that the Enquirer claims, where her whole life has been taken over by this obsession.”

Good point! Women do tend to try and look their best for their big day, and by the looks of things, Christina is head over heels in love with her beau who she says knows her better than anyone else. As of now, her representative team continue to deny the story she is getting married this year, but 2013 would be the perfect year. Her album flopped so a tour definitely won’t happen, she’s not on The Voice this year either since she asked for a break. So what is she waiting for?!