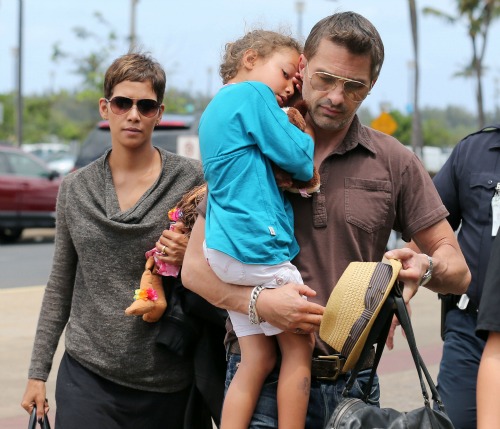 It appears that Halle Berry is pregnant at the ripe age of 46-years-old! Congratulations are in order for Halle and her fiance Olivier Martinez on the birth of their first child together. TMZ has the scoop:

Halle Berry is pregnant with her second child … TMZ has learned.

Sources connected with the actress and her fiance, Olivier Martinez, tell TMZ … Halle is around 3 months pregnant — based on the pics and some other facts we know … she may be a little further along.

This could explain why Halle and Olivier were so upset when paparazzi got too close to her earlier this week at LAX while she was carrying soon-to-be big sister Nahla, who is 5.

This marks Halle’s second child. Her first child, Nahla, is with her former model boyfriend Gabriel Aubry. Already far enough along to know the sex of the baby and she and Olivier are still acting out against everyone. We’re wondering if they’ll head to Paris to have this one? Would that be wishful thinking?

What do you think of the news that she’s pregnant at her age? Let us know your thoughts in the comments!