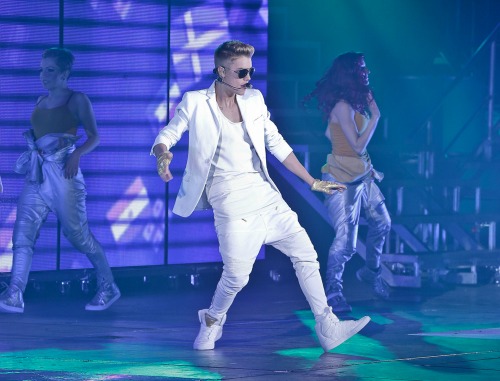 While Selena Gomez is desperate to get back with Justin Bieber after her movie Spring Breakers flopped at the box office, the 19-year old doesn’t have any plans on rekindling his romance to the former Disney starlet. In fact, he’s hoping to snag newly-single Barbara Palvin.

The model first met Justin at last year’s Victoria’s Secret fashion where Bieber graced the stage to perform his hit song, Beauty and a Beat. That night, Justin was said to have taken several models out to a local cinema and watch a movie which supposedly triggered a heated argument between him and Selena upon returning to Selena.

Though they managed to work it out, Justin kept the number of several models from that night including Barbara – who was in a serious relationship at the time. For whatever reason, Palvin decided to take to her Twitter to announce her relationship status, writing: “Single…,” which would easily give Bieber the chances to make his move, right?

He’s pretty much already taken her out on a date to the movies, though the two continue to say that it was just a friendly get-together with pals. That’s what they all say, don’t they? Ha! But what makes things a little worse is that during the time Justin was dating Selena, he supposedly also made another trip to New York so that he could take Barbara to see The Lion King Broadway show and later met up again in Miami.

Wowza! If Bieber doesnt’ take the chance to make Barbara his girlfriend this time around, then he’s a complete idiot. We don’t like the fact that he was cheating on Selena who seems like a sweet girl, but she’s foolish anyway — we can tell by the fact that she’s now hoping to get back with him just because her career is going downhill. Her chances of a reunion are more than unlikely.

Out with the old and in with the new!