Kate Middleton Reveals Baby’s Due Date — Will It Clash With Kim Kardashian? 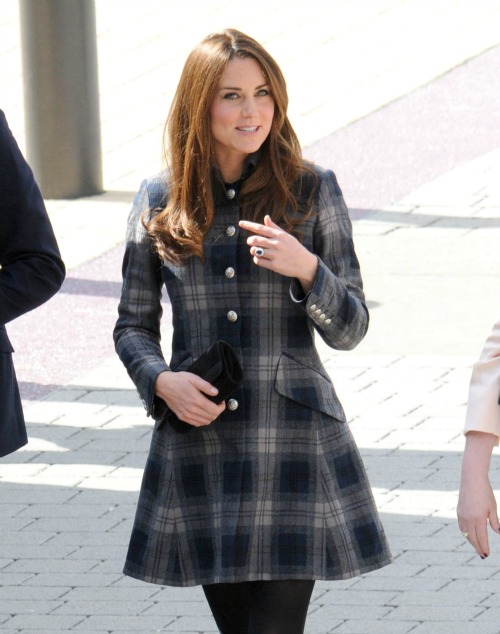 Kate Middleton has finally revealed when she is expected to give birth to her first child, according to reports. The Duchess of Cambridge is currently on a mini tour with her husband, Prince William, in Scotland and while briefly speaking to the press, Kate didn’t shy away from one particular question — everyone wanted to know when she’s giving birth to her baby.

Note that while she may be very comfortable in revealing the baby’s due date, she continues to stay away from any questions regarding the gender of the child. But hey – it’s better than nothing, right? At least she’s giving us something. Haha. Middleton told certain members of the press yesterday about her baby and when she is expecting to check into a hospital.

“It’s around mid-July but apparently babies have their own agenda,” Kate joked. Meanwhile, for the first time ever, a royal in the family is allowed to have a baby shower, this according to HollywoodLife. Kate has confirmed she’ll have her very ownbaby shower with all her closest friends, making her the first person in the family to do this — not even Queen Elizabeth was allowed to have one.

“It was her sister Pippa [Middleton]’s idea,” a source tells OK!. “While it’s all going to be very relaxed and fun, Kate is hoping the queen will drop by because the two are remarkably close. They bonded big time and really enjoy each other’s company. Since this is going to be a first for royals, Kate would love the queen to be part of it.”

Oh my goodnes!!! Does this mean that she’s giving birth at the same time that Kim Kardashian is expected to pop out her baby!? How amazing would that be? The only reason we say this (and hope it’s true) is because if that was the case, no one would care to hear about Kim’s baby… we’d all be going crazy over the Royal Family’s new addition. Hehehe.