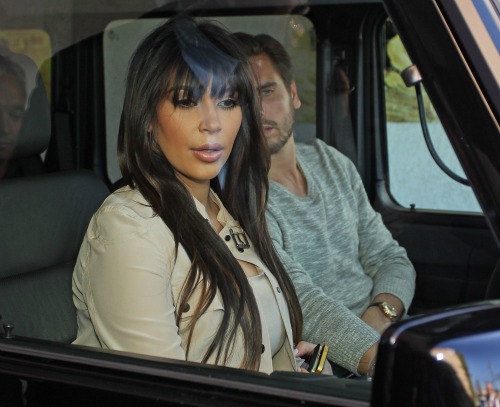 When the opportunity to cash in comes knockin’, you better believer that the Kardashians and Jenners are there to answer. Of course when a profit is involved, these broads do nothing short of taking things all the way to “ensure their brand”.

Kim and Khloe Kardashian both rebuffed reports that their father beat Kim and that their mother Kris Jenner was a monster after Ellen Kardashian began leaking his journals to the media. He reportedly spoke of how mean and neglectful Kris was. This was something that drew the ire of the Kardashian/Jenner Klan because they claimed that none of the abuse reports were true. As it turns out, there might be a profit in suing the pants off of their father’s widow. TMZ has more:

The deceased Kardashian — famous for repping OJ Simpson — allegedly left the diary to his kids in his will.

Among the info that Ellen allegedly sold — Kris allegedly hit Kourtney and Kim and also threatened to kill Kim … and Rob was locked in a car while Kris was out on a date.

The lawsuit alleges the diary is owned lock, stock and barrel by the Kardashian kids and Ellen is infringing on their copyright.

The lawsuit demands the return of the diary and family albums, as well as damages.

Interesting fact: Robert did NOT include ex-wife Kris in the diary inheritance — just their kids. But Kris is listed as a plaintiff. It’s curious — Kris is NOT suing Ellen for defamation, for putting the brutality allegations out there.

Can you imagine why they would sue over the return of the diary if nothing in it were true? What would be the point of that?