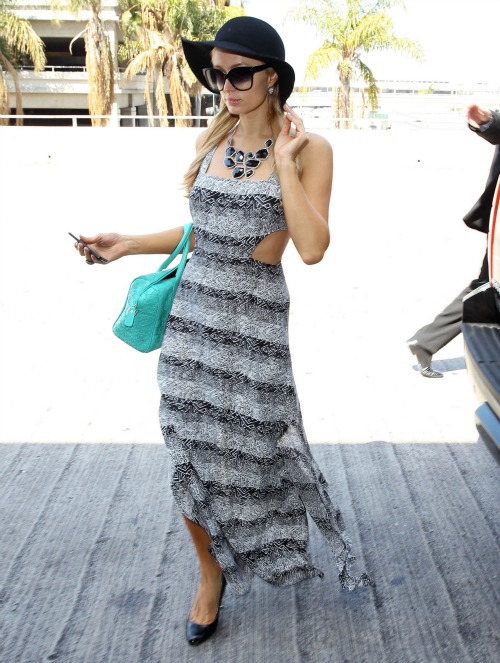 Whilst having recently enjoyed a night out at the Playboy mansion on Easter day, Paris Hilton made sure she showed some love for Star magazine who held the Hollywood Rocks Event at the Playhouse nightclub in Los Angeles last night. The socialite was glowing as she made her way inside the building where she’d meet dozens of other celebs.

Hilton gracefully took photos with guests which included Gilles Marini, Go Daddy ad star Jesse Heiman and the Hot Chelle Ray who even performed at the star-studded bash. Longtime boyfriend, River Viiperi, was also on sight with Paris as they laughed and joked with each other — clearly no break-up drama here, despite reports saying otherwise.

Earlier this week it was claimed that Paris may have already ended her relationship to her model beau just because he wasn’t seen at the Playboy mansion to celebrate Easter with his girlfriend. Pretty crazy to make up such a stupid tabloid story? Maybe he wasn’t in town, or maybe he was ill? There are dozens of reasons as to why he didn’t go to the event, but regardless, those rumors can finally be put to rest.

For all the pictures of last night’s party, make sure you catch the latest issue of Star magazine on newsstands now, and also pop over to our friends at RadarOnline for footage as the Hot Chelle Ray take to the stage to perform one of their upcoming hits. Seems like everyone had a great time!