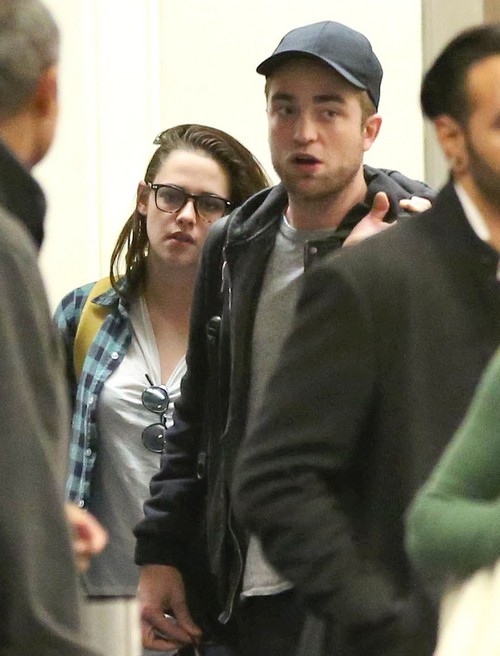 Robert Pattinson and Kristen Stewart are at their happiest place they’ve ever been together; the two have been inseparable ever since the actor returned from his two-month trip to Australia to film his new movie, The Rover. Stewart hadn’t even bothered to visit him once, instead she was spending a heck of a lot of time with former co-star Taylor Lautner.

But, it’s fair to say that Rob and Kristen have managed to rekindle their romance despite such a long break from each other, and by that, we’d also add that the tabloid stories that had been floating about are most likely untrue. The two were spotted out and about this week with a couple of friends, and neither of them could stop smiling at each other — Kristen seemed in such a good place.

Whatever the case, an onlooker described the scene as very peaceful, HollywoodLife reports. The pair were being so friendly to fans and didn’t shy away from the photographers as they held hands together whilst walking down the street. “Rob and Kristen were holding hands while they were ordering and then they all sat down to eat.” the eyewitness revealed. “They talked about go-karting and they were really all down-to-earth. Rob and Kristen looked especially cute together. He had his arm around her when they were sitting down.”

Another tells PopSugar that both of them were said to have been “really happy and lovey-dovey. Kristen grabbed [Rob’s] arm, and they were walking and joking,” the source said. “She took some pictures of the friends they were with on her phone. They seemed really together, really relaxed.”