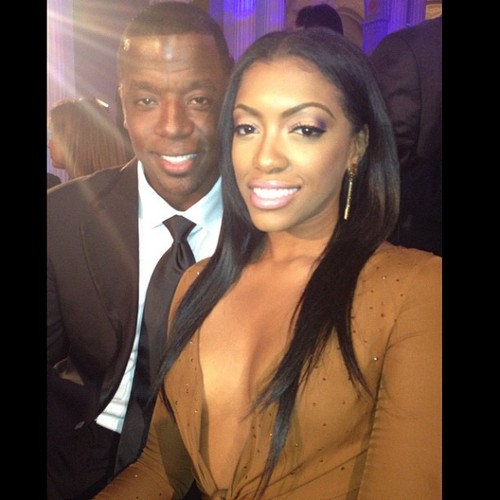 Kordell Stewart recently filed for divorce from his wife of almost two-years Porsha Williams.  Rumor had it at the time that RHOA star Porsha was shocked by Kordell decision.  At the time we were sure this divorce was going to be a messy one and it looks like we were right on.

Porsha filed papers stating that Kordell would lock her out of their house and bring another women in.  Kordell came back with his response and said that Porsha was a party animal who stayed out all night partying and ignored his son.

TMZ has the scoop on the story, “The ex-NFL star also claims Porsha called the police twice to let her into the house … even though she has a key to enter the property.  As for Porsha’s claim of “another woman” in the house — Kordell says it’s the nanny he was forced to hire because Porsha is “neglecting her responsibilities to her stepson.”

In Porsha’s divorce petition and she is asking for alimony and additional relief, as well as getting to stay in the home she and former NFL quarterback Kordell shared with his son. Kordell says NO WAY, “Kordell wants the court to deny Porsha’s demand for temporary support … because as he puts it … she’s a celebrity who makes plenty of her own cash.”

So what do you think Hiccupers who is the wronged party here?  Hit the comments and let us know your thoughts!