Is Julianne Hough Looking to Be The Next Mrs.Tom Cruise? 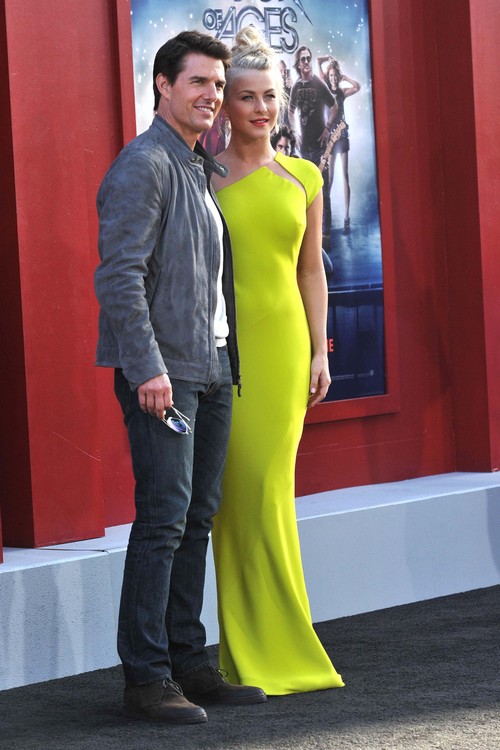 Is Julianne Hough looking to be the next Mrs. Tom Cruise?

Ex Dancing With The Stars cutie Julianne Hough is said to have her radar fixed on Tom Cruise.  Tom may be twice Julianne’s age but she thinks he would be the perfect match for her.  Julianne recently split from her boyfriend Ryan Seacrest because he reportedly would not marry her.

Julianne got a chance to work with Tom on the set of their movie Rock of Ages and there was some major chemistry between the two.  According to a source, “Musical theater is her passion, and she finds it incredibly sexy that Cruise can sing and dance with ease.”

Now that Julianne is free and Tom is single the timing seems to be perfect for the couple.  Also Julianne was brought up as a Mormon in Salt Lake City and has NO problem with Tom’s devotion to Scientology.  She admires his dedication to his beliefs.

“She believes that she and Tom are destined to be the ultimate Hollywood power couple. Don’t be surprised if they are spotted out together in the very near future.”

What do you think Hiccupers, are Julianne and Tom the next Hollywood super couple?  Hit the comments and let us know your thoughts!