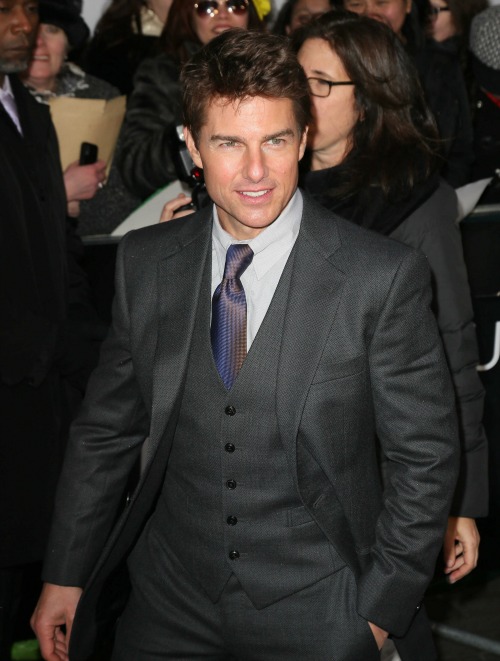 Tom Cruise is finally opening up about his divorce from actress Katie Holmes and unsurprisingly, he has waited to do so to promote his new movie Oblivion. He’s chasing the dollar like a Kardashian and using his personal experiences in order to promote his career.

In a new interview with German TV network ProSieben, he said, “Life is a tragicomedy. You need to have a sense of humor.”

In the promotion of his new movie, which opened up overseas, he finally spoke out about his famed split with Katie. He revealed, “I didn’t expect it.”

He went on to say, “I had an unbelievable amount of time to think about it…life is a challenge. To be fifty and to have experiences and to think, you have a grip on everything, and then it hits you: This is hit, what life can do to you.”

Are you surprised that Tom has opened his piehole about his divorce in order to promote his movie? Why is it that actors don’t want to give the media a piece of their personal lives unless it benefits them financially? What do you think? Let us know your thoughts in the comments below!