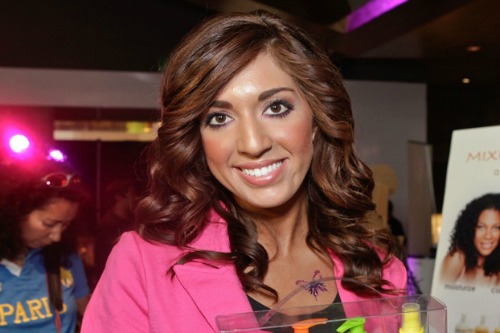 Shocking, right? Not really when you think about it. She has previously denied filming the “sex tape” and it was supposed to “leak” — causing interest in said tape. Now, she’s out of luck on that one because James went to the media and blabbed about giving it to her on film.Because she’s such a savvy business person, she is now admitting to filming the tape. Her lie this time? She wanted to film the tape so that she could look back on her best year! Ha. We are dying laughing over here. Seriously.

Get this — it gets even better. She isn’t planning on releasing the footage for anything less than two million dollars. So classy, this one. TMZ has more:

Farrah says she wants nothing to do with Deen now (we suspect that’s mutual) and took a parting shot, telling us — “If my ex-boyfriend Derek were alive, I would’ve rather it had been him with me.”

She’s not the sharpest tool in the shed, but she IS a tool. Ha.