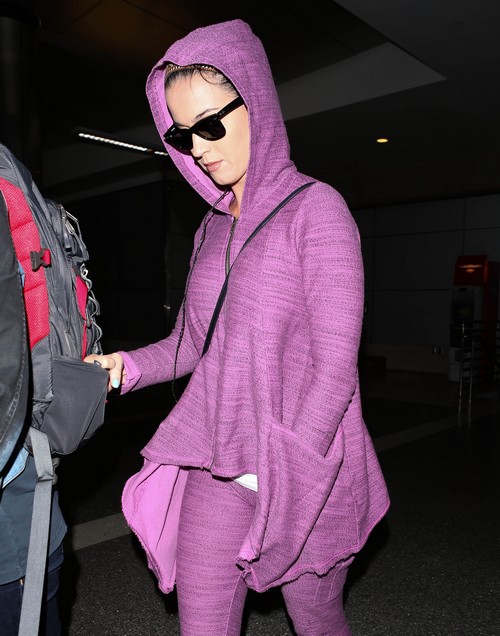 Well, for a minute or two Twilight fans got their wish and seemed to have proof that Kristen Stewart and Robert Pattinson were back together again.  The two enjoyed a very public date after spending two months apart as Rob filmed on location Down Under and it appeared that the time apart did wonders for the duo. The Star magazine is now giving fans reason to question whether or not the happiness will last because Katy Perry is rumored to have voluntarily thrown herself into the mix.

According to well placed sources, Katy reportedly volunteered to Kristen that if she was finished with Rob once and for all, then she’d gladly step in and take care of him. You know how women are and it only takes a mere hint of the possibility of trouble in paradise and that’s when the whole situation implodes. There were rumors last year about Katy and Rob hooking up and know that she has made her interest known, Kristen is over thinking the whole situation. Girlfriend is freaking out at the notion that maybe those rumors were a reality and that maybe Katy knows exactly what it is that she’d like to take care of on a regular basis.

If Kristen weren’t in the picture, do you think that Katy is the kind of woman that could catch Rob’s eye? I think I could kind of see it happening. She’s like a cheerier version of Kristen, one that is grateful for her fans and the success she has had.  Maybe Rob really should reconsider spending his life with his favorite misery princess. Katy would be a nice upgrade, don’t you think?

Are you happy that Kristen and Rob seem to have reunited or do you think their relationship has really run its course? Tell us your thoughts in the comments below!