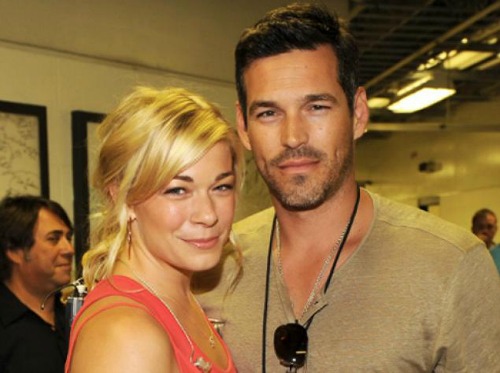 We have all seen the drama between LeAnn Rimes, Eddie Cibrian and Brandi Glanville play out on Twitter, but now the happy couple want to earn some cash for their drama-filled lives.

Well, it’s not so much a pitch for a reality show as it is a pitch for a sitcom based on their crazy lives. Could you imagine? Brandi has already cashed in on the drama in her life with a book deal, so Eddie and LeAnn want to star in their own show.

Reportedly, the twosome “have been shopping around a scripted comedy based on their lives together. They would play versions of themselves, kind of like on Curb Your Enthusiasm.”

The snitch said, “The show will have a crazy ex-wife!” Of course it will. Not appearing in front of the cameras will be Eddie’s two kids with Brandi. He made sure that Brandi couldn’t do it on her show and now he won’t allow them to be filmed on his own.

The source said, “Mason and Jake are not involved. If kids end up being on it, they would be played by actors — not Eddie’s children.”

Another spy added, “They’ve met with a few networks. Nothing is finalized yet, but they’re seeing where the show could go.”

Is this something that people really want to see? Why not just follow these nutjobs on Twitter?