The Bachelor Sean Lowe Is Leading A Double Life 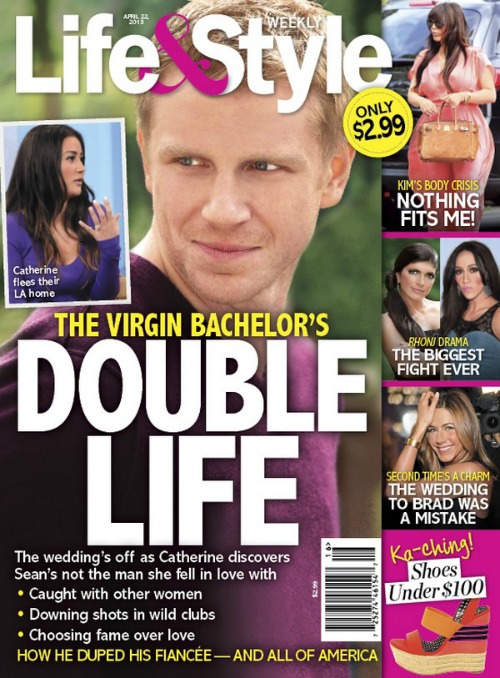 After finding love on reality television, you would think that Catherine Giudici and Sean Lowe would be enjoying their fairytale romance. Not so much, according to Life & Style magazine. In fact, Sean is apparently someone different than who Catherine fell in love with!

The tabloid reports that Catherine has left their shared home in Los Angeles after discovering the “virgin Bachelor’s” double life. Can they even use “virgin” if he’s not technically a virgin? Come on!

Catherine has called off the wedding after finding out some of Sean’s dirty little secrets! And these have nothing to do with his Dancing With The Stars partner Peta Murgatroyd, despite the rumors.

Sean has been caught with other women, downing shots in wild clubs and has chosen his new-found level of fame over his love for Catherine. Awww. Who else was expecting them to have a super happy ending? Especially after he got into the Hollywood life? Seriously.

Were you of the mind that things would work out between Sean and Catherine? Will their wedding ever take place? Should we plan for the breakup stories already? Hit the comments and let us know your thoughts!