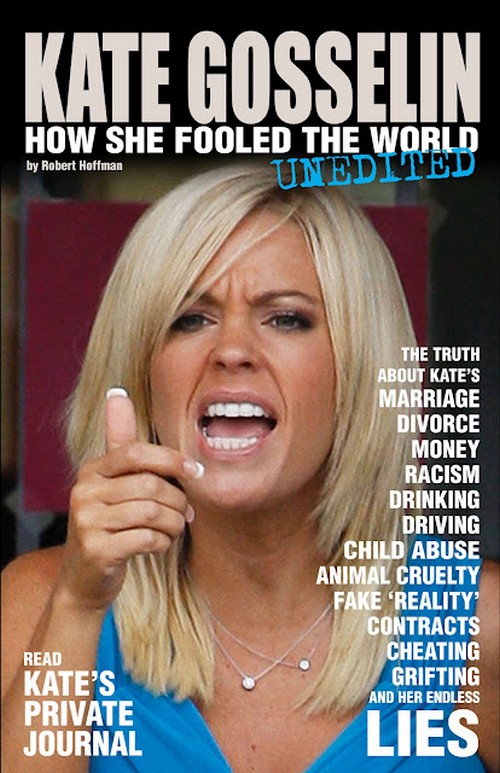 Jon Gosselin’s ex-girlfriend, Hailey Glassman, has come forward to publicly bash author Robert Hoffman who infamously wrote the book, Kate Gosselin: How She Fooled The World, in which dozens of text messages from a couple of years ago were quoted from her phone which could only have been accessed by her husband at the time.

Since the revelation of the messages along with personal things that were stolen from her journal, Kate has searched for a top lawyer to take on the case as she gears up to sue the living hell out of Jon and Robert for not only stealing her journal and text messages, but also for the damage in her reputation since the book hit stores. Umm, Kate, your reputation was bad before the book even came out.Whatever the case may be, Hailey has now jumped to Kate’s defense after Robert started to get quite worried upon hearing he could be facing legal charges if Kate official sues him and Jon. He released an official statement on his blog which read that he and Gosselin “nowhere near close” in October, 2009 when the text messages were supposedly sent from Kate’s phone.

Hailey states that Hoffman is a liar because during the time she was dating Jon, Robert was always around. In fact, he was the one who came up with the idea to sell pictures of the two kissing for big bucks to tabloid newspapers and magazines, before adding that the money was later shared between the two fellas and it started to become an everyday thing to offer exclusive pictures to outlets.

“Rob is lying when he says they weren’t close enough for Jon to trust him,” Hailey said. “Rob and Jon hatched a plan that they would split the money from all the photos that Rob took and sold of us. Like the kissing photos; they told me a picture of Jon and I kissing would get mega money and I didn’t really care so I agreed. Then we all went to lunch, hung out and took more photos.”

If Hailey decides to testify in court – If Kate ever coughs up enough money to even hire a lawyer – Jon and Robert could end up looking at an extreme high rate of damage costs of Kate’s so-called “reputation” and not to forget stealing her private details, messages among other things. Only time will tell on who ends up laughing last – Kate or Jon? Let us know below.