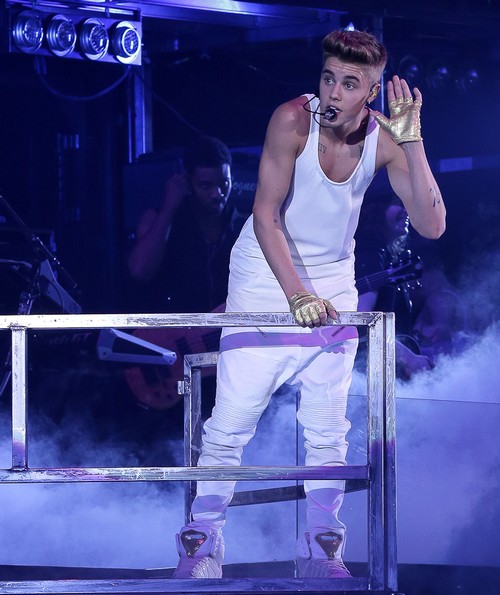 Justin Bieber will be furious to find out that a good friend of his is trying to make it seem as if he’s dating Selena Gomez after making his way over to the singer’s home but never actually getting pass the gates. Yes!! Photos of King Kevi at Selena’s gate in Los Angeles surfaced on the internet, but there’s more.

The pictures weren’t supposedly of any photographers, they were taken by one his friends as he staged photos of himself leaving the former Disney starlet’s home, but in fact, he actually just posed in front of her gate to make it seem like he had just left her house. In one photo he is seen holding a cigarette whilst on the phone and the other shows him in his Range Rover, possibly making an exit.

Unfortunately for him, all of hi stupid actions were caught on Gomez’s CCTV which shows the idiot being snapped by one of his friends as he gets in position before photographs of him “leaving” Selena’s home were snapped. These pics were later on sold to outlets – MediaTakeOut being the first – and have since made their way to tabloid magazines.

TMZ adds: “Various media reported Kevi — the up-and-coming nobody — was inside her house and ‘hung out.’  But we got our hands on surveillance footage taken the night in question … showing Kevi posing in front of Selena’s house while camera flashes went off … but never making it past the gate. Selena wasn’t even home at the time the photos were taken. In other words … it was all a setup by the guy who is mooching off the Biebs.”

Could this finally be the evidence Justin needs to open his eyes and realize the so-called friends he has been hanging around with are actually just using him for fame and money? Earlier this year he was caught up in sizzurp scandal, then the constant weed pictures, then the reckless driving of his friends as they drove his cars. This is probably the breaking point. We sure hope so.