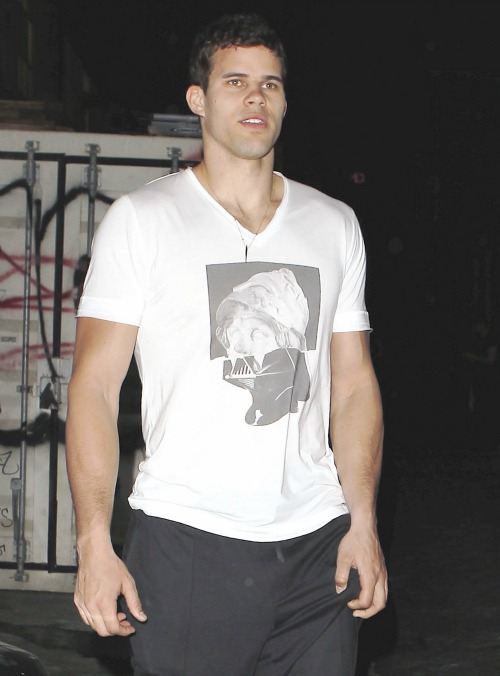 Kim Kardashian’s estranged husband Kris Humphries is being sued over a deal he struck over suits!

When Kris was still with Kim, they approached Scott Hill in order to strike up a deal that would see the suitmaker outfitting the NBA player with a fat discount. The exchange was for Kris to introduce two of his NBA playing friends to the store within a year’s time. The best part of that deal was that Kris’ pals didn’t have to actually buy anything! For all of that, Kris received a nice 30% discount on his fancy threads. TMZ reports:

According to Hill’s suit, Kris agreed to the deal … and proceeded to buy more than $46k in merchandise using his massive discount.

Problem is … Hill claims Kris not only failed to deliver on his end of the bargain … but he still owes more than $6k in unpaid suit bills.

Hill’s suing for more than $52k in damages … plus interest. No word back from KH’s camp.

Are you buying this? Or do you think the suit store is looking for some free publicity? Leave us your thoughts in the comments!