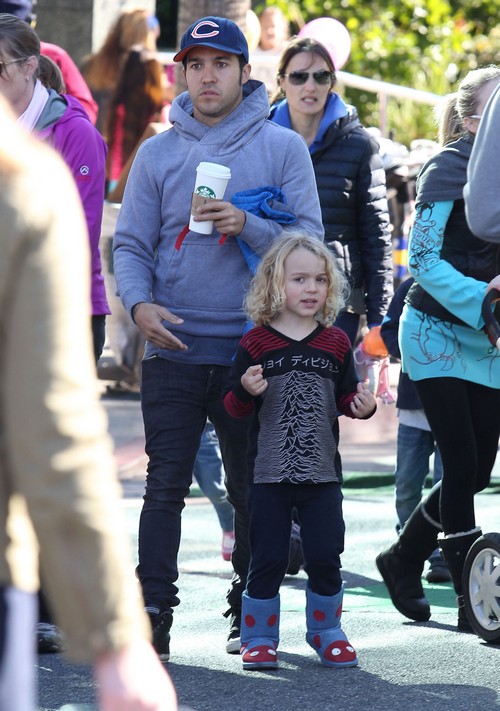 Pete Wentz is gearing up to file for custody of his son, Bronx, after noticing how wild Ashlee Simpson has been acting. The troubled singer has put clubbing and heavily drinking as her main priority which has raised a few eyebrows in the Simpson family yet no one has voiced their opinion on it except Pete.

Wentz is worried that his mom’s constant partying is going to have an effect on his son’s health and well-being, Ashlee has been spiraling out of control and though Pete and her have remained in close contact for the sake of their children, Ashlee doesn’t even bother to phone Pete up when he’s spending time with his son for some days.
The rock star is very much concerned about this issue, it’s bothering him so much that he has reached out to Ashlee’s mother, Tina, in hopes that she can make her daughter realize that her behavior is starting to become too much. Tina, who is still struggling to come to terms with her ex-husband’s file for divorce, plans on sitting down with Pete and Ashlee so that they can discuss their problems and come to some kind of resolution, because though Pete threatens to get custody, Tina hopes the two will come to some kind of agreement.

“Pete is worried that Bronx’s well-being could be affected if Ashlee continues to party hard, and he’s concerned about her right now,” a source explained. “He spoke with Tina about his concerns and warned that if Ashlee doesn’t get a grip and calm down the partying he won’t hesitate to get a temporary full custody order in place for Bronx.”

The source continues that as sad as it may sound for Pete to take legal action against his ex-wife, that will be the only solution, he has to make sure his son isn’t put in any kind of danger whilst living with his mother. He only wants the best for both of them and this may be the only way to do just that: “Tina is heartbroken over the situation. She’s been very hands-on with Bronx and loves spending time with her grandson,” the source continued. “But, with the situation as it is, if Ashlee doesn’t sort herself out soon, Pete believes he will have no option but to go to the courts to get this matter resolved.”