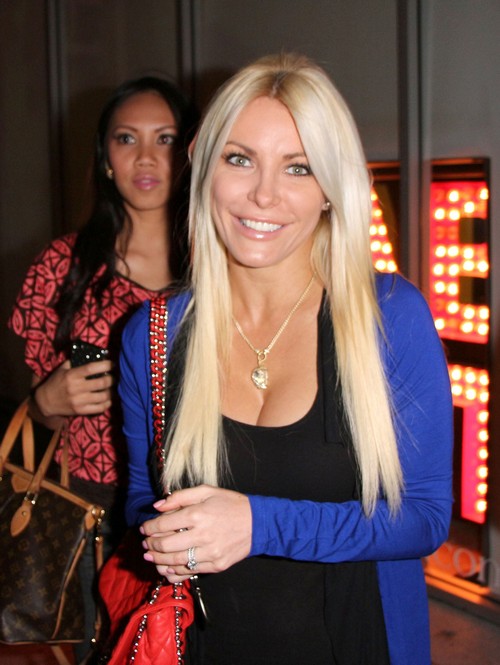 Of course Crystal Harris struggled to find a gift suitable for her husband Hugh Hefner, they are 61 years apart in age! Besides the age difference, what can you really buy for a guy who basically has everything?

The Playboy mogul turned 87-years-old on April 9th, but Crystal admitted that she had a hard time locating the perfect gift for him. The duo had a “Casablanca Night” at the Mansion along with 50 guests.

She said that she found a 3D art work which has some of his favorite things. She said, “It’s a collection of Playboy magazines and recycled items. Sunglasses, pipe, tobacco he used to have in a little container, even Altoids. His favorite ice cream is strawberry Häagen Dazs. There’s a little container of that on there somewhere.”

Is that a weird enough gift for someone like Hef? What do you think?

Is Rihanna The Next Celeb To Pose Nude For Playboy?