Kate Middleton Is Obsessed With Watching Keeping Up With The Kardashians 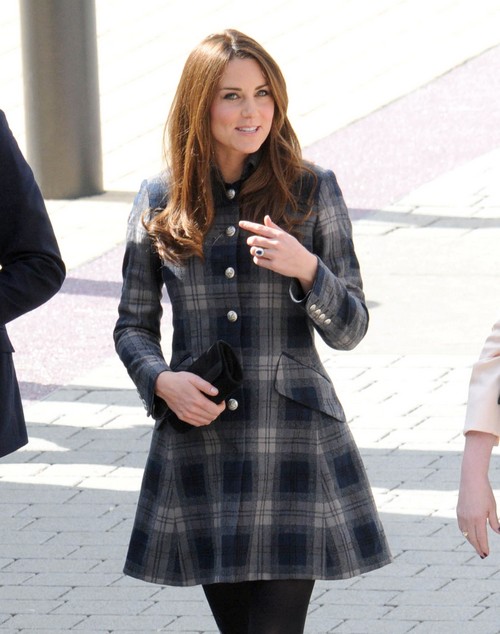 Kate Middleton has grown to love Keeping Up with the Kardashians ever since she found out that the reality star was expecting a child around the same time she was. Whenever the Duchess of Cambridge has a day for herself, she’s glued to the television as she watches the drama unfold on KUWTK.

It is said that Middleton was flattered by the dozens of times Kim would mention Kate’s pregnancy in interviews and how cool she thought that they were having babies during the summer period. Kim also had her team send out a note to Kate, congratulating her on her pregnancy. So when Kate was flicking through the channels on her TV and came across the Kardashians’ reality show one day, she was instantly obsessed hooked and couldn’t stop watching.“Ever since Kim started mentioning Kate a lot in public, she has started watching ‘Keeping Up With the Kardashians'” a source dished before adding that the 31-year old is simply attracted to the madness that the family causes on a regular basis – she finds it absolutely hilarious. “People forget Kate is just a normal girl who married into royalty and enjoys the same trashy TV shows most people do.”

Could you imagine Queen Elizabeth and Kate watching Khloe, Kim and Kourtney argue over something ridiculous (as usual)? We certainly can’t. But not everyone in the Royal Family finds the show as interesting as Kate may find it. Prince William refuses to sit down and watch the Kardashians with his wife unless he’s forced to, in which he then constantly mocks everything the family do.

William has common sense not to tune into pure garbage and would prefer his wife to do the same; he understands she may be bored at home with her growing baby bump, but he’s certain she could use her free time in another way then watch a bunch of people who are famous for being famous share their fabulous life on TV. William refuses to even look at the screen when KUWTK is on, which is good because if he did, Kim would get too hot-headed thinking that everyone in the royal family tune in to watch her show which would be absolutely ridiculous.