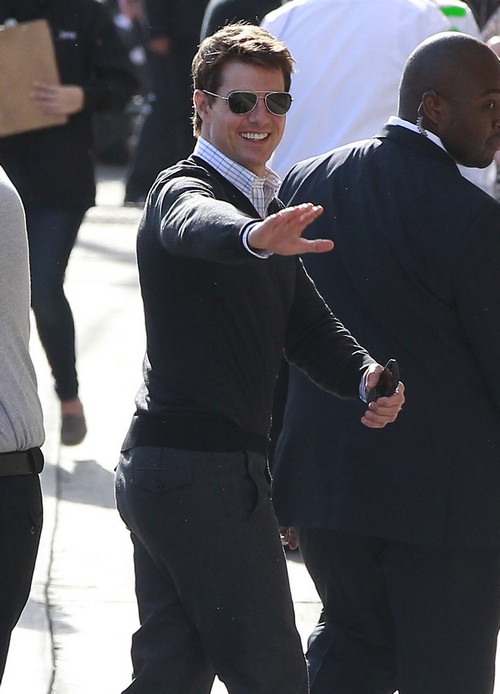 Tom Cruise feels he can save Lindsay Lohan’s career and get her life back on track… through Scientology. The actor first got in touch with LiLo a couple of weeks ago when she was hired for an appearance in Brazil and just happened to have ran into Tom’s older son, Connor – a wildly popular DJ – at a nightclub before exchanging numbers with each other.

Now magazine reports that Cruise has been following up with the troubled starlet’s career and her recent shenanigans, he feels that the media is overshadowing her great talent as an actress and has since reached out to her in hopes that she takes his offer to join Scientology as a way of getting her life back on track.

As we all know, LiLo is heading to rehab for 90 days next month so that alone should be a good start for the 26-year old to get her head together.   As soon as she successfully completes her time in the facility, Tom would love to support her career and her health through the help of Scientology. “Tom thinks Lindsay’s an incredible talent and believes he can help her overcome her problems – either through Scientology or with his own advice,” says our source.

‘His DJ son Connor knows her from the club scene and suggested Tom reach out to her when they were both in Brazil.’ It definitely sounds like a good idea for someone like Lindsay who has pretty much lost touch with her Hollywood career ever since she turned to drugs and alcohol.

Scientology doesn’t sound like such a bad idea for Lohan to give it a shot – she hasn’t got anything to lose; nobody wants to hire her, she’s broke, and she’s lost a bunch of famous friends.

Did you know that Tom Cruise Is Irish Now and His Ancestors Basically Saved Everyone?  Our friends over at Bohomoth have the story on this as well as some great photos and videos.  To check it out it really is fascinating GO HERE!