Wynonna Judd Is Pushing Herself To The Breaking Point 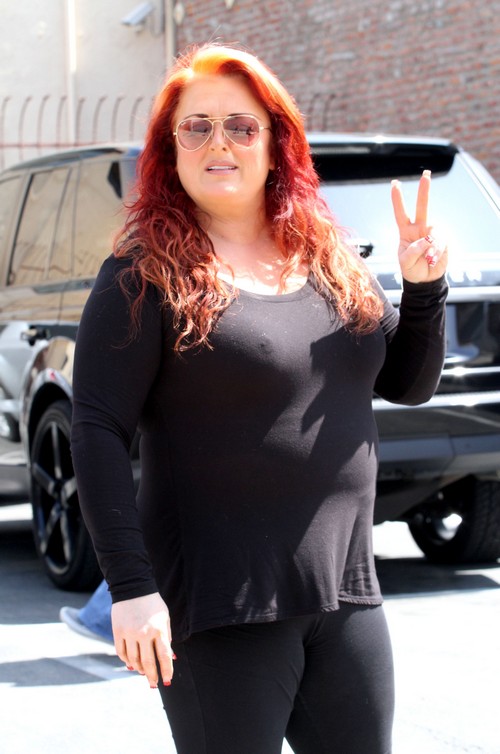 It’s always a real blow to the ego to be the first star cut from the roster on Dancing with the Stars and Wynonna Judd is said to have been crushed by being this seasons’ first casualty. The country star is said to tip the scales at 245 pounds and has battled with weight issues for most of her life. She supposedly loves super high-calories foods and often splurges on double portions and then kills herself in the gym to try and make the extra weight disappear. 3 hour workouts aren’t cutting it but that hasn’t stopped Wy from being stuck in the viscous cycle.

According to the latest National Enquirer, it’s a good thing that Wynonna was cut from the show early because she is at serious risk for a heart attack.“Wynonna is a physical and emotional wreck – a ticking time bomb. Health-wise, it’s a good thing she got bounced from the show. She’s been complaining that all the physical activity leaves her short of breath and in horrible pain.”

Her rehearsals with DWTS’ pro, Tony Dovolani took a scary turn when she actually collapsed at one point. The strenuous exercise caused Wynonna to have shortness of breath and shooting pain in her chest. Tony was right by her side to help her through the health crisis and realized that at her weight it was probably for the best that she leave the competition sooner rather than later. Sources close to the show say that producers had originally suggested that Wynonna lose 40 pounds before the first week of competition so that her health wouldn’t be compromised.