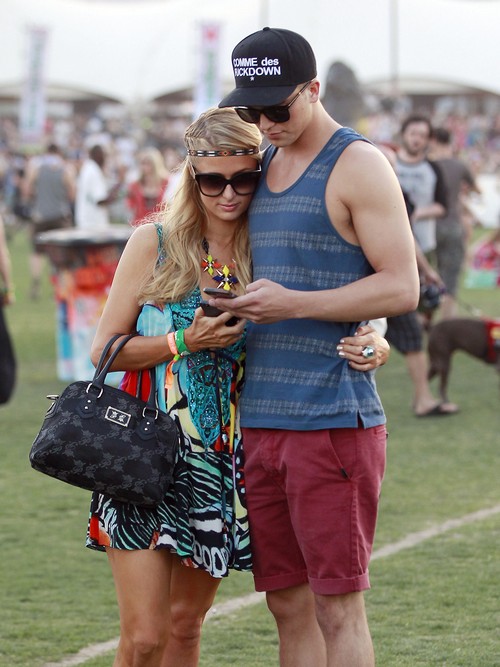 The Coachella Music Festival kicked off its first weekend on April 12, 2013 in Coachella, California.  The even brought out the first round of event goers. Can you believe 80,000 music lovers all in one place, and tons of celebs.

Coachella is an annual three-day music and arts festival.  The event was founded by Paul Tollett, organized by Goldenvoice, and held at the Empire Polo Club in Indio, Ca in the Inland Empire’s Coachella Valley.

We have some photos below of many celebs attending the first day of the event trying their best to look like Hippies or Hipsters.  Check out photos of Paris Hilton, Hilary Duff, Ireland Baldwin, Alexander Skarsgard, Bella Thorne, Tallulah Willis, Kate Bosworth and many more below!

Our girl Paris Hilton was excited getting ready for her first day at Coachella and tweeted, “Getting ready for Round 1 of #Coachella! #YESSSSS!!! – Thanks @GetAllTressedUp! Love my #Coachella braid! Best hair dressers in the Desert!

Alexander Skarsgard Talks About His Good Looks, And Denies Relationship With Ellen…