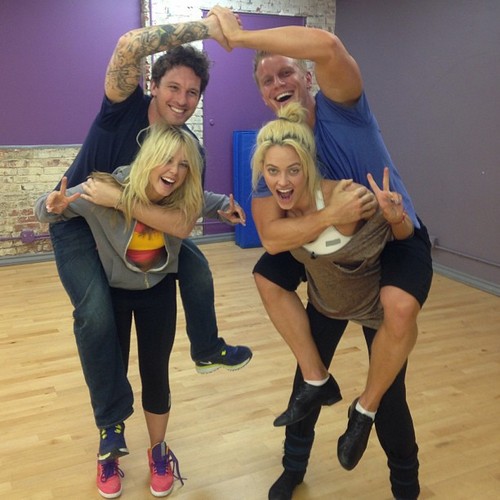 Monday on DANCING WITH THE STARS the nine remaining couples hit the dance floor and face an exciting new challenge.  In another first for DWTS a new twist called “Len’s Side By Side Challenge” tasks each couple to perform a portion of their individual dance alongside a pro dance couple.

The Dance assignments for the week are as follows:

On Tuesday April 16th one couple will be eliminated on “Dancing with the Stars the Results Show” . The show will feature music by multi-Platinum-selling artist Selena Gomez who will perform her new single, “Come & Get It,” and Country Rock group The Band Perry will perform their hit No. 1 song, “Better Dig Two.” The results show will also feature a spectacular opening number choreographed by Mark Ballas and Derek Hough.