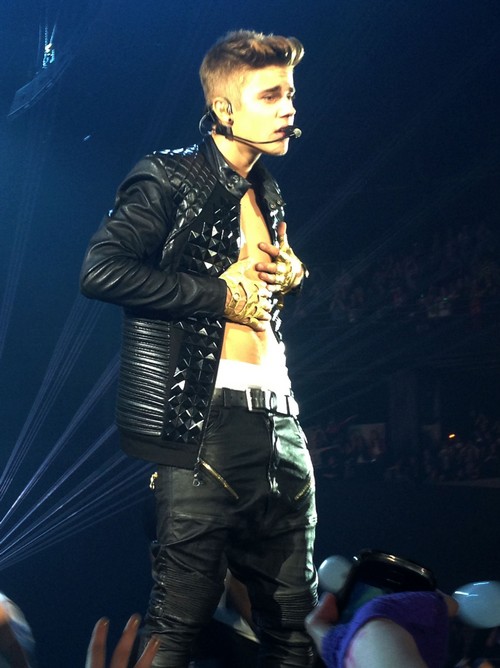 Teen singer Justin Bieber thinks he’s all that and a box of cookies, because he thinks if he were around when Anne Frank was alive, she would’ve been a fan! Someone is full of themselves, no?

Justin and his entourage visited Anne Frank’s house and spent an hour there. During their stay, fans gathered outside to get a peek of their idol. In the guestbook for the house, Justin wrote that he hoped Anne would’ve been a Belieber! Can you imagine?

The Facebook page for the museum said, “Yesterday night Justin Bieber visited the Anne Frank House, together with his friends and guards. Fans were waiting outside to see a glimpse of him. He stayed more than an hour in the museum. In our guestbook he wrote: ‘Truly inspiring to be able to come here. Anne was a great girl. Hopefully she would have been a belieber.”

Heh. There are no words except to think that he is so full of himself to think that he’s just that important. What do you think? Hit the comments and leave us your thoughts!