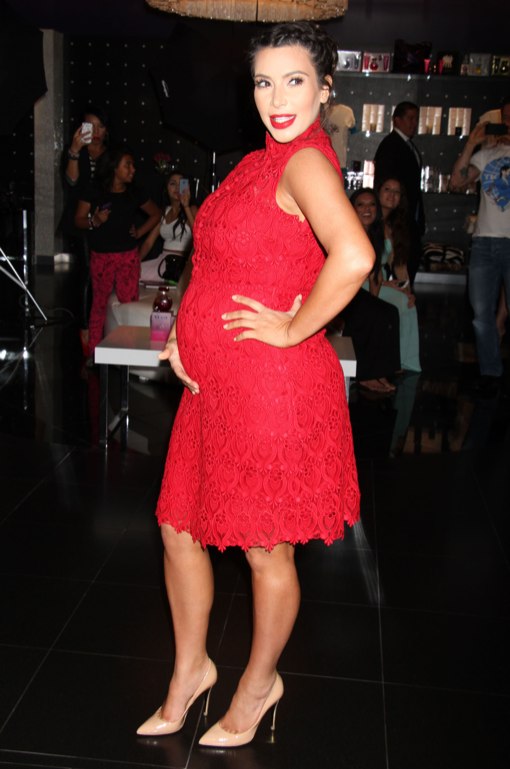 Kim Kardashian plans to have her baby in France so the baby will speak French…..joking!  But the Kardashians are so dumb can’t you just see them thinking this…. oh, la la

Kim allegedly plans to give birth in Paris when she’s due later this summer, according to new reports. The reality star and her famous rapper boyfriend, Kanye West, have been checking out hospitals in the capital of France.  It is believe Kim could potentially welcome her firstborn there since they have both decided they want to keep it very low key.

The 32-year old has already stressed that she plans on keeping her life much more private once she becomes a mother, so this move shouldn’t even surprise any of her fans. Kim feels that the paparazzi in Los Angeles are way too aggressive for her to even consider giving birth at a local hospital; she and Kanye both think that photographers will snoop their way inside and snap pics of the baby.
West came up with the idea of just keeping Kim in Paris for the final weeks of her pregnancy before she eventually pops. This is a smart move from both of them seeing that in France, they have pretty strict laws against photographers, so if they were to ever trespass her space or even try and make their way into one of their hospitals, that particular person could not only face a hefty fine, but also be sentenced to jail.

Having Kim in France for the final weeks of her pregnancy is also beneficial for West who has been rarely seen with the businesswoman whilst she was on business ventures back in Los Angeles – it is believed that Kanye is working on his forthcoming album and therefore hadn’t had time to spend with Kim, so maybe her staying with him for at least a month could do him some good.

Kim is also said to have finished her last work duty yesterday as she promoted her newest fragrance ‘GLAM” in Las Vegas.  To check out the photos from Kim pimping her new perfume head over to The Gossip Wrap up who has the photos and the scoop HERE!