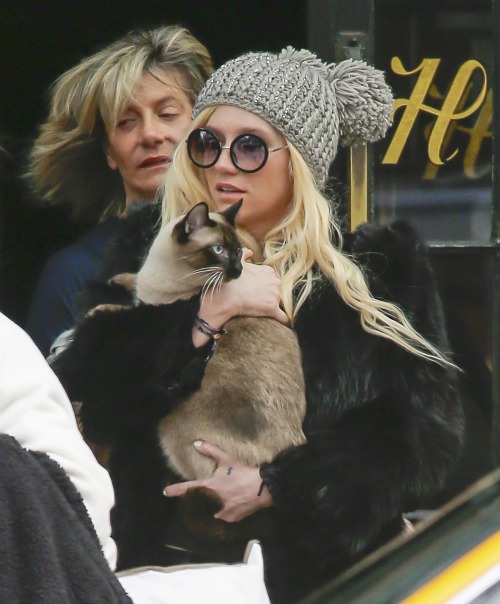 We remember when Kesha was all about wanting to hook up with Justin Bieber just as he turned 18. So we shouldn’t be surprised that she wants to get together with One Direction singer Harry Styles! It’s a gross thought, isn’t it?

In a recent interview, she said that they had been texting each other back and forth, but that’s all that has come of it so far. She said on Saturday, “We’ve texted here and there. No sexting – not yet. Maybe he can be my cougar bait.”

It’s gross not because she’s 26 and he’s only 19…it’s gross because she always looks like she’s crawled out of a trash can. She went on to say, “It could be really fun. I’m kind of a sucker for [British] guys. It’s the accent. Harry Styles is pretty cute – he looks like a young Mick Jagger.”

Can’t she just go back to the trailer park of which she came? Seriously.