Bradley Cooper Lives With His Mother 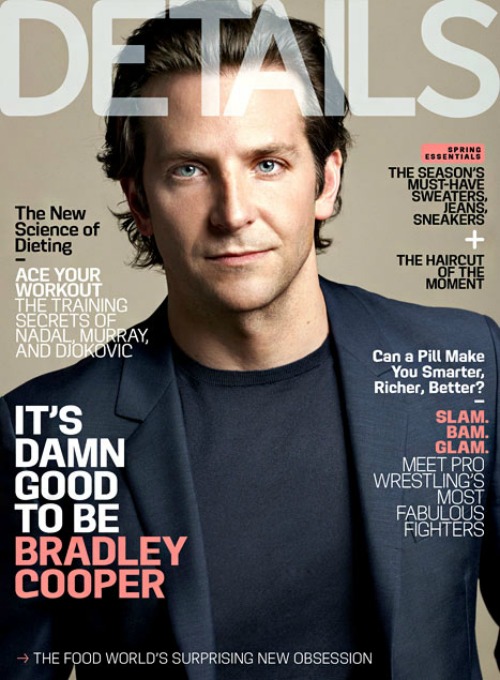 Bradley Cooper still lives with his mother, but it’s not what you might think. In the new issue of Details, Bradley talks of his father’s passing in January 2011 — which prompted him to live with his mother Gloria.

He revealed to the magazine, “Let’s face it: It’s probably not easy for her, by the way, to be living with her son. It’s life. And right now, two years after my father’s death, this is where we are. My family is very close, and my dad dying was brutal for all of us. It was a schism, and its aftershock has not stopped. And we need each other. So here we are.”

Seems about right. They are close and will remain as so to get through their grief together, no matter how long it takes. He continued, “But don’t get me wrong. It’s not without complications. It’s not like I live in a compound and she’s in the guesthouse. No. She’s in the next room. But here’s the thing: She’s a cool chick. We can hang, and she can roll with the punches. If that wasn’t the case, there’s no way.”

He added that his father Charles’ passing made him realize his own mortality, as well. He said, “‘Oh, right, I’m going to die too.’ Here it is. It’s not in a book. It’s not in a movie. It’s not in a story that was told to me. It’s not driving by an accident or watching it on TV. It’s someone you love dying in front of you. I was like, ‘Okay. This is death. And this is going to happen to me one day.’ There was a huge freedom that came with that.”

Do you think less of Bradley Cooper knowing that he lives with his mother? Or did it have the opposite effect on you? Let us know your thoughts in the comments!