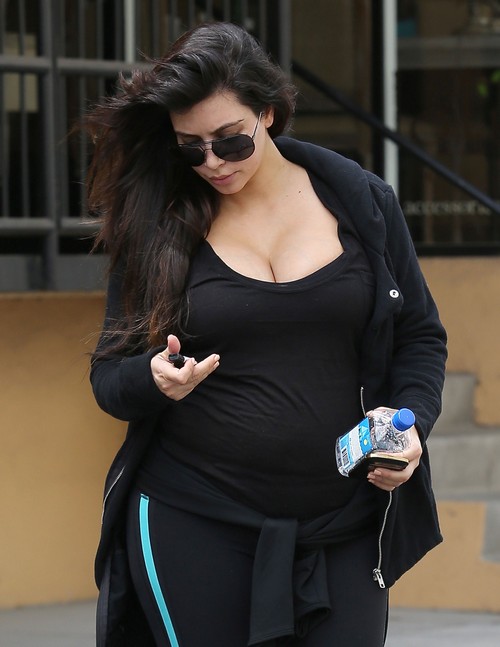 If you thought Kim Kardashian would let Kris Humphries expose all of her secrets in court on how she managed to manipulate him during their short lived 72-day marriage you better think again because the mommy-to-be’s appeal not to have cameras televise her anticipated court case has been granted.

According to RadarOnline, Judge Scott Gordon has accepted her wishes not to humiliate the pregnant starlet in front of the world as her former husband has already planned ways on how he could show legitimate evidence that the reality star only married him for money, which Kim continues to deny. Humphries is strongly fighting for an annulment, meaning that Kim committed fraud in her own marriage.

The trial is set to start on May 6th as Humphries fights for the annulment which Kim says is totally uncalled for, claiming she married him for the sake of love not money. It is also believed that Kris’ absence from court on Friday was the big reason why Scott Gordon granted Kim’s wishes not to have cameras at her court trial next month.

The NBA star was a no-show at the Los Angeles court despite the fact that it was mandatory to have his presence there, seeing that they were there to discuss some kind of settlement – but since he didn’t show up, that couldn’t be done. Scott Gordon was said to have been livid about this and ended up charging Kris an unspecified amount — this could also be the reason why he allowed Kim to have some privacy by disallowing cameras to film as she battles it out with Kris.

Last month, we reported how a former producer of the Kardashians’ reality shows admitted to having had several of the family members re-shoot scenes for Kourtney and Kim Take NewYork – the series that Humphries claims was edited in many to make him look like the bad guy. It turned out to be true,- which isn’t exactly shocking since Kim struggled to deal with the fact that a lot of people were pissed off with her. So what better way to gain her popularity back than to make her husband look bad so people can reason with her.