Ozzy Osbourne Says Marriage To Sharon Osbourne Is Good, He Moved Out To Go To Rehab 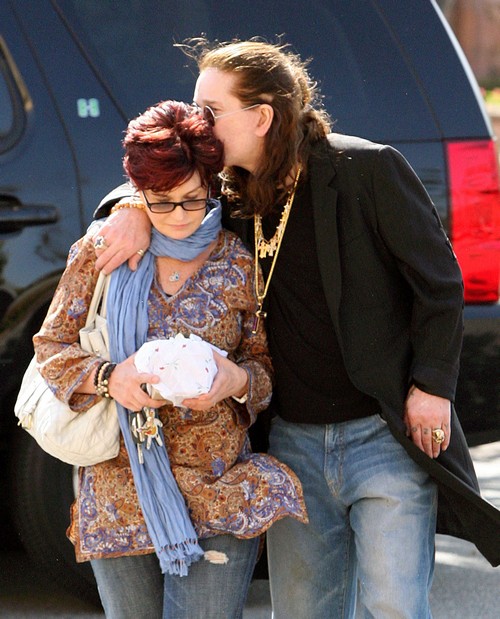 Ozzy Osbourne seems to be enraged by reports stating how troubled his marriage to Sharon Osbourne has been in the last few weeks. The rock star has now taken the matter upon himself to set the record straight, confirming that he and Sharon are not filing for divorce… at least not yet!

Ozzy had supposedly moved out of the family’s home and had taken off his wedding ring which fueled even more speculation that the marriage was over; sources said that constant arguments led to their sudden split from each other before The Talk co-host finally realized her life is much better without Ozzy.

However, late Tuesday evening, Osbourne took to his Facebook page to set a few things straight, but he didn’t exactly deny everything that had been written about him in the papers either.  According to Ozzy, he did move out of the family home, but not for the reasons that were stated in the magazines… he had moved out to seek treatment for his drug and alcohol addiction which he had started nearly two years ago.

In other words, Ozzy checked into rehab which explains why he was no longer living with Sharon for the time being. Yet the fact that BOTH Sharon and him didn’t wear their wedding rings is also very puzzling, which is probably why he then decided to state how sorry he was for hurting the people he loved the most, such as his family, friends and band mates for his “insane behavior”, before adding that he felt like he had let his fans down.

“Just to set the record straight, Sharon and I are not divorcing. I’m just trying to be a better person,” the rockstar wrote on Facebook, admitting he had neglected and mistreated the people he cared about the most. “I would like to apologize to Sharon, my family, my friends and my band mates for my insane behavior during this period………and my fans.”
Something tells u that Ozzy didn’t write this… Sharon did! Ha