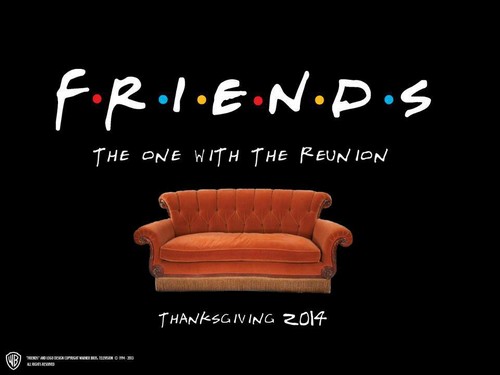 The internet went crazy with this week with rumors that there was going to be a reunion of NBC’s popular sitcom, Friends.  We were all getting ready to see our 6 favorite friends at The Central Perk Coffee House.  The reunion was suppose to air Thanksgiving 2014.  The rumor was started by a morning radio show called, “The Morning After.”  They posted the above picture with the comments, “This is the best Sunday news, evar!”

Once they posted this on their Facebook page people started to share it and like it, and got all their fans in a bit of a frenzy.

But bad news!  Warner Bros has denied the rumors saying they are untrue.  These rumors have been going around for years and each time have been denied.

The radio station posted a retraction on their twitter account and admitted the rumor that they started was untrue.

LOL, I guess WBTV got what they wanted, people to come to their twitter and Facebook.  What do you think, would you like to see a Friends reunion.  Hit the comments and let us know your thoughts!

To find out what the show’s co-creator Marta Kauffman said about the possibility of a friends reunion, head over to Allie Is Wired HERE, who has the scoop!