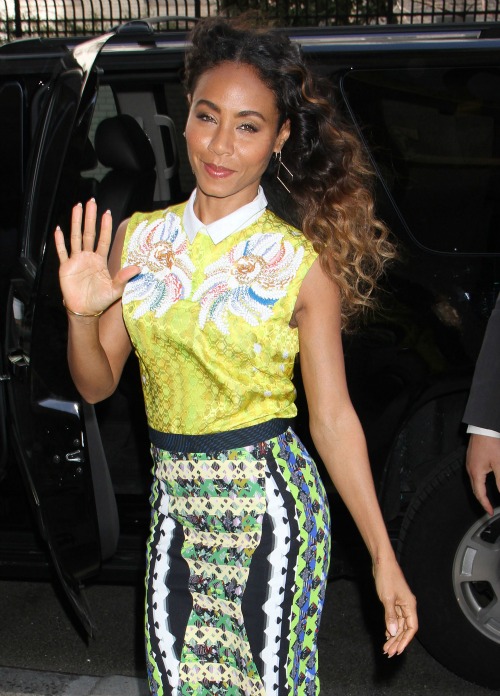 With all of the rumors going around about the state of Will Smith’s marriage to Jada Pinkett-Smith, we had to wonder what’s true and what’s not. Every time the divorce rumors pop up, Jada comes out of the wood work to speak on it.

Usually, she just says that they are still in love, and no, they are not divorcing and blah blah blah. Now, amidst the rumors that they share an open relationship, she’s saying that they have a “grown” relationship. Whatever that means!

She said, “Here is how I will change my statement…Will and I BOTH can do WHATEVER we want, because we TRUST each other to do so,” she clarified. “This does NOT mean we have an open relationship…this means we have a GROWN one.”

I’d like to think that would shut people up about the rumors of their open marriage, but it just leaves people with more questions. What does that even mean? Sure they have a “grown” relationship, but we really want to know if he’s going out and banging 800 dudes, like it’s been rumored!

To find out more about what Jada said, head over to Mrs. Grapevine who has the scoop HERE!