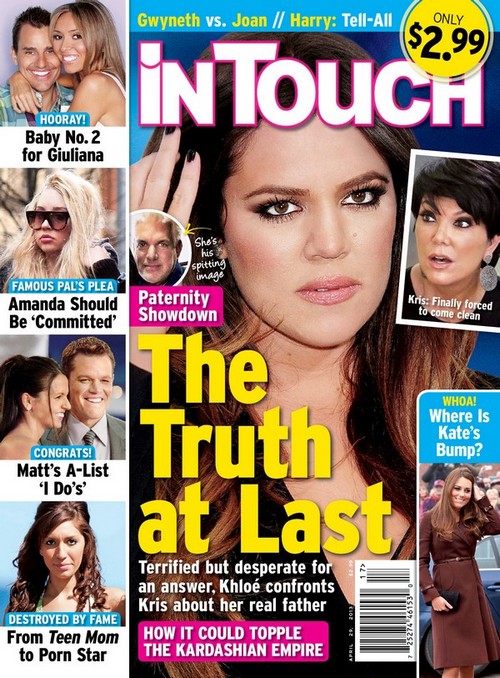 Khloe Kardashian has been left to confront her mother Kris Jenner for the identity of her biological father. Could it really be her hair stylist Alex Roldan? It wouldn’t really shock anyone for that to be true, would it? They look so much alike!

Sure, we know that Robert Kardashian raised Khloe as one of his own, but could it be possible that he really knew that she wasn’t his biological child? Still, Khloe grieved for Robert when he passed — as she should, but wouldn’t she be happy to learn that she still has another parent out there?

In Touch Magazine reports that Khloe finally confronted Kris in her search for the truth. Kris was forced to admit what everyone else already knew. If you put a photo of Khloe and Alex side-by-side, it’s not hard to see that they look like they’re related. She looks more like him than she does any of her siblings or Robert Kardashian!

We’re sure they are going to tackle this on an upcoming episode of that show of theirs. What do you think? Pimping out Khloe’s father’s storyline for ratings? Seems legit.