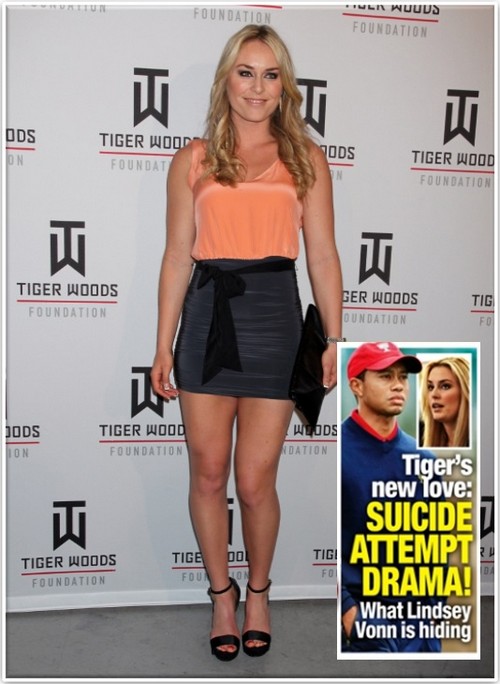 While Lindsey Vonn may now be in a happy relationship with Tiger Woods, the golf champ could end up breaking up with her after he learns about her deep dark secrets, according to new reports. The Olympic starlet has been hiding several things from Tiger that she did not want him to know.

Vonn has never told Woods about her childhood, the National Enquirer states in the latest issue. After her birth, Lindsey’s mother suffered a stroke which immediately landed her in hospital, but Vonn’s father, Alan Kildow, claims that after his wife’s visit to the hospital after a health scare, she came back as a whole different person.

Linda was said to have been battling mental illness soon after her stroke, which ended up leading to Alan filing for a divorce from his wife who was causing more problems that he couldn’t be dealing with since he was also having issues of his own. Kildow was having financial problems and his debt was growing higher and higher – paying the bills became a problem and providing for his four children was even harder.

But that’s not all. Lindsey is said to be keeping another secret from her new boyfriend, but she’s scared to tell him about it. It’s understandable why Lindsey wouldn’t want to mention her childhood problems with Tiger since their romance is still quite fresh, but insiders close to Woods says he hates secrets more than anything and if he finds out about another secret after hearing this, he’s going to be devastated.

“If their relationship becomes more serious, there is going to be big trouble,” the insider is quoted telling the National Enquirer. “Lindsey is a lone wolf with no role model of a strong family or caring mother to draw on.”