Kris Jenner Threw A Frying Pan At Her Ex-Husband 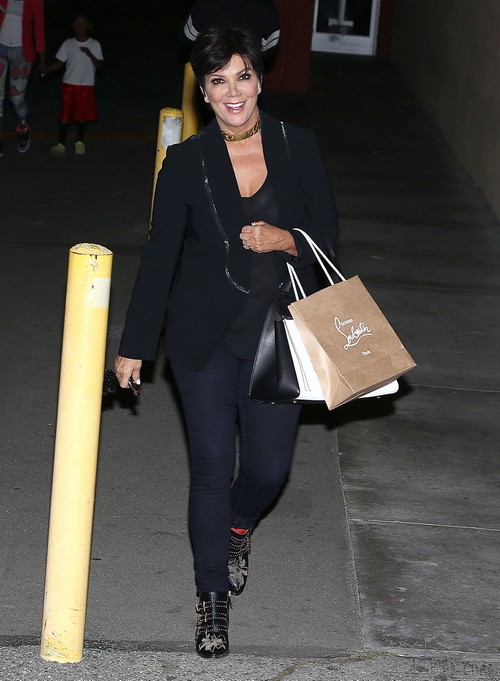 It appears that Kris Jenner isn’t the nice, loving mother that she portrays herself to be on her craptastic reality show. Who knew?!?

Since her former husband’s diary entries have been leaking out to the media, some have called into question Kris’ mothering techniques. We’ve already heard that Kris did the actual filming of Kim Kardashian’s sex tape, so nothing would really surprise us. Would you be surprised?

Reportedly, Kris left her daughter Kourtney “crying and shaking” after throwing a frying pan at her ex-husband Robert Kardashian. She’s never going to win “Mother Of The Year”, is she?

He wrote in the diary, “Kourtney came downstairs, and she was terrified! She started crying and shaking.”

Later, he wrote that he received a call from his daughter Kim who told him of how her mother was lashing out at her. During that particular call, he said that Kris picked up the phone long enough to scream, “Kim, if you don’t get up here right now, you are dead.”

That spring, he wrote that Kourtney also fell victim to her mother’s rage. He wrote, “Kourtney called me crying saying mommy said it was her fault we were getting a divorce because she keeps calling me all the time.”

Kris sounds like such a douche! What do you think? Does Kris Jenner have skeletons in her closet?