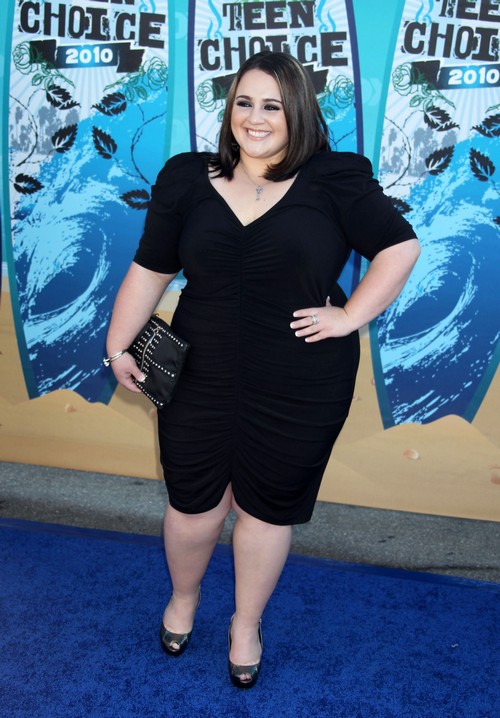 Amanda Bynes‘ Hairspray co-star, Nikki Blonsky, has come to her defense after a troubling few months which saw the former Nickelodeon star see herself get into trouble with the cops several times, before deciding to relocate from LA to NY. But things weren’t looking any better for Amanda, several media outlets have said.

Blonsky, however, sees the whole situation differently, explaining to Life&Style that the press are making Bynes’ actions a much bigger deal than they actually are. The former actress explains that she is very good friends with Amanda, and what’s been reported online is totally untrue, she claims that Amanda is still the same person she became quick friends with back in 2007.

Nikki further added that though many people might see Bynes’ odd behavior as a meltdown, she sees it a whole different way – and she should know, seeing that she still spends a lot of time with the retired actress in New York City. “She’s happy. I don’t think that’s a breakdown, but a breakthrough. I back Amanda 100 percent,” she told the magazine.

Nikki comes across as one of those friends who would back you up, even if you are going through problems. She’d still lie to others to tell them that the other person is doing fine. Do you know how we know this? Well, Amanda’s parents have been worried sick about their daughter’s actions. In fact, Bynes is said to not even be on speaking terms with her parents any more after they came to a decision to have her enter a rehab clinic for at least a month to sort out whatever problems she was facing. She refused.

When asked on what she made of Amanda’s “new look” which sees her wearing worn out extensions and two piercings on her cheek to name a few, Blonsky says that her good friend is just having fun and experimenting with new things. She claims that Amanda is just trying to shift her sweet and soft image and go for something more edgy. “I think it was more like an episode of events that maybe people are finding her different for, because she has been so cookie-cutter and so perfect over the years.”