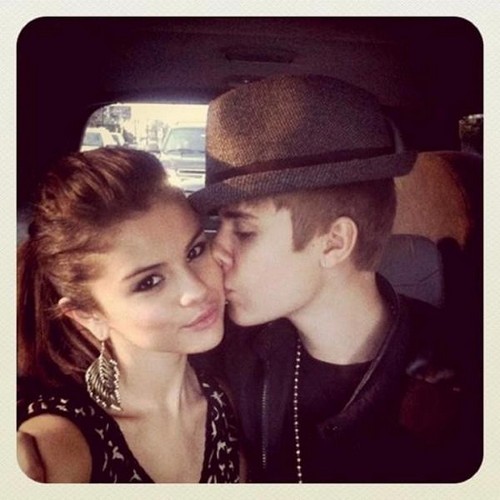 Selena Gomez was seen kissing Justin Bieber after she flew out to Norway to support his European leg of his ‘Believe’ tour. The former Disney starlet had called it quits with the 19-year old back in January after it was reported he had cheated on her with several different girls, along with photos that followed which saw Bieber smoking weed at a hotel room with his ‘friends’ Lil Za and Lil Twist. Selena felt she became a second priority to Justin at the time.

However, by the looks of things, they seemed to have talked it out and gotten back together. Why else would she have flown out to Norway, let alone  give him a kiss. The Spring Breakers actress has been in Oslo, Norway for a couple of days now — she also went to watch one of the shows Justin was headlining. But it wasn’t until after Bieber had wrapped up his performance on stage that everyone knew they were together again. Or so they want us to believe

Justin has been catching so much bad press lately and Selena has been doing the publicity tour for her new album, so if I was a suspicious person I might think this was all a publicity stunt.

Selena was seen holding Justin’s hand backstage before the two shared several kisses together. According to People magazine, the two were in such a good mood — they didn’t even try and hide the fact that they were back in a relationship together. “They looked really in love, like no fights ever happened before,” a source had explained.

No word on how long Selena actually plans on staying in Norway, seeing that she has an album to promote in weeks to come, but at least for now it looks like she is back with the boy she has been dating for two years. Will it last this time? Who knows? Looking back at the couple’s break-up/make-up history, we’d give it a couple of weeks before Selena pulls the plug again.  Or perhaps as I suggest it is just a publicity stunt!  Thoughts?