Kim Kardashian Admits She Is A Hyprocrite, No Surprise 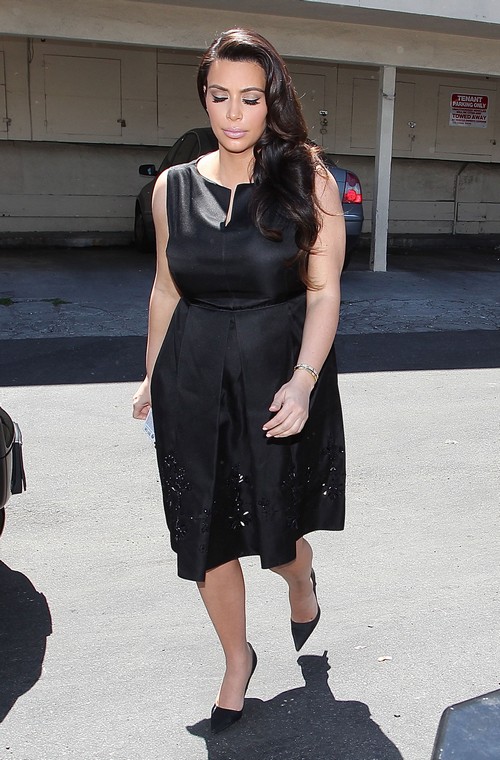 Kim Kardashian felt she needed to share something that we already knew about her… she’s a hypocrite. Quelle surprise!  NOT!  The 32-year old can be pretty judgmental when it comes to how her sisters live their lives, but sooner or later, she tends to follow the same path that they do. Remember how Kim recently explained how guilty she felt for giving Kourtney a hard time since she went against the family’s tradition by having a baby without being married.

Well, Kim isn’t exactly different when it came to her pregnancy because though she was legally still married to Kris Humphries,  the two were separated and she had already moved on with another guy – Kanye West.  So Kim’s situation is pretty much worse than Kourtney’s if you were to go by the Kardashian tradition, don’t you think?

In the upcoming E! News Special of the Kardashians, Kim reveals that she can sometimes say something about someone else, and then it ends up happening to her too. She tells Ryan Seacrest: “I have said some things that I completely am, like, a hypocrite about now,” before stressing how bad she felt when she made a fuss about Kourtney not following the tradition, adding: “I would say things about Kourtney,” referring to the fact that Kourt has two kids by Scott Disick before even marrying him.

Kim adds that she feels bad for jumping to conclusion too fast because she never knows how her life will end up. She’s had two failed marriages and made a living off her sex tape — we’re sure that in the ‘Kardashian tradition’ that isn’t acceptable either, right? Or maybe it is.  Depending on who you ask! Haha. Catch the full interview when it airs on Sunday on E!