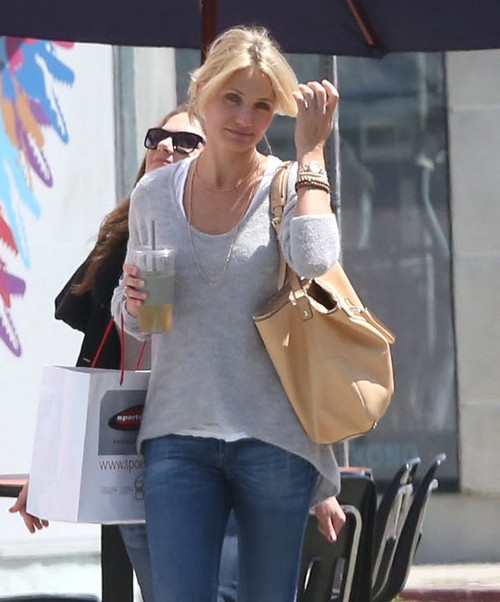 Cameron Diaz has just landed herself another role, and this one could be her most challenging yet. The actress has officially signed on to star in the comedy movie, Sex Tape, alongside co-star Jason Segel – who she just happened to have worked with in the film, Bad Teacher, two years ago.

Sex Tape is being directed by Jake Kasdan who has already revealed the plot for the movie; a couple feel the need that their relationship hasn’t been the same since they had kids, so when they finally have a night for themselves, they take funny approach by making a sex tape, only to find out that once they wake up… the video is gone!

It’s not hard to imagine that Cameron must have fallen in love with the concept of the storyline, and seeing that she  had a good relationship with Jason on-screen in the last movie they worked in together, there’s no doubt in our minds that their sex scene will come across just perfectly once they shoot hundreds of takes. Oh, how much we wish we could be there to watch every re-take. Ha!

The casting for the movie is currently being finalized, but production is most likely expected sometime during the summer. This makes perfect sense, seeing that Cameron will be on the set of another movie, The Other Woman, in the weeks to come. We’re already wondering whether Segel and Cameron are going to rehearse their intimate scenes at home… just to avoid embarrassment once they start filming it. Haha. We shall see.