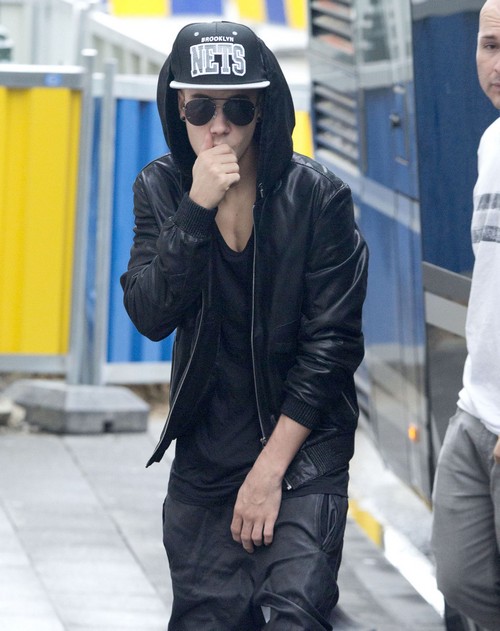 Justin Bieber‘s grandfather has put him on blast for neglecting him. The two are said to have been very close during Justin’s early teens, but as soon as his career took off, the 19-year old never looked back, nor stayed in contact with the man he was once so close with. George, 61, is now publicly speaking out about his troubling situation after having suffered from severe back pain, yet Bieber still refuses to budge.

As of yet, it is still unknown why Justin no longer wishes to speak to his grandfather, but according to George, he thinks that the money (a reported $70 million) has gone to the youngster’s head and now seems to have totally forgotten about the people who helped him when he was a child; whether it was pocket money for sweets or a new video game present.

George struggles to pay the bills now that he no longer works because of his terrible back injury he had suffered. A recent incident that saw a tree fall into his house has still been left unfixed since there is no money to pay for it to be repaired — George feels he has no other choice but to communicate with Justin through the press, and that’s exactly what he did.

He claims that he keeps up with what his grandson is doing, and when he had heard about Justin’s London altercation incidents with a paparazzo he was absolutely stunned because that’s not the Justin he remembers.  He blames the overwhelming success as the reason why Bieber no longer stays in touch with some of his family members. George said:  ”Justin has just got too big for his britches. He never calls us and now I sometimes think he doesn’t care … [He] seems to be getting caught up in this lavish lifestyle and has forgotten us.”

George says he hopes Justin comes to his senses and helps him out sooner rather than later, while Bieber’s representatives refuse to comment on the situation!