Kanye West Has Not Deserted Kim Kardashian, Find Out Why Here! 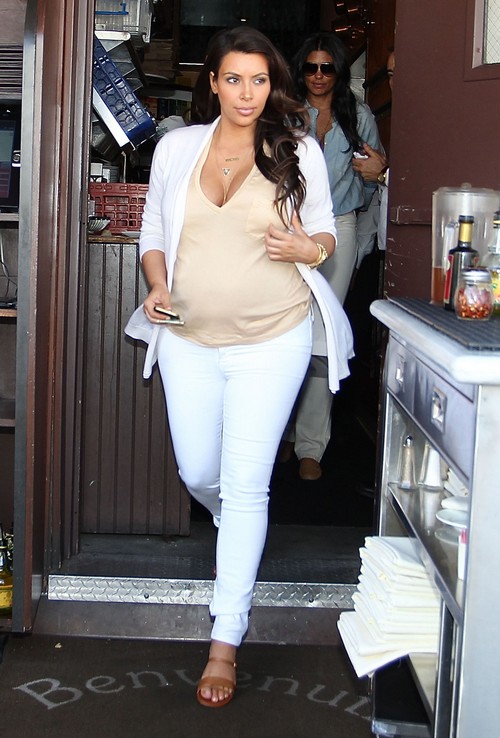 Kanye West didn’t leave Kim Kardashian out in the cold after all. While it’s being widely reported in many tabloid magazines that Kim’s rapper boyfriend hadn’t been spending a lot of time with her, Kanye used the excuse of recording a new album in Paris. However, although he may not be with his girlfriend 24/7, he has attended all of Kim’s pregnancy check-ups at a local hospital in Los Angeles.

TMZ reports that Kanye has been flying back and forth whenever Kim had a scheduled appointment with her doctor, mainly because he’s super interested to know how everything’s going; whether the baby is doing good, etc. In total, the rapper is said to have made three visits so far, which is not much, but at least he’s making sure Kim and the baby are well taken care of.

Along with having spent a total of $100,000 just to see Kim in LA for her check-ups, ‘Ye is making sure that the reality star is having the best possible treatment she can possibly get. He has hired several bodyguards from his team to look after Kim to make sure she’s in no danger from now until she gives birth, and most importantly, West is paying for the multi-million dollar mansion he recently purchased for the two.

The house is located in Bel-Air and is currently being renovated so that when the baby has been born, the couple have a place to move into straight away. So, Kanye has been involved in the pregnancy after all,- not as much as he should have but he’s clearly making an effort to be the best possible father he can be, along with being a superstar rapper with a hectic schedule.

Kim is currently en route to Paris where she’ll be spending the remaining weeks of her pregnancy before she gives birth in the capital city of France, as we previously reported. The 32-year old believes that having her baby born in Paris is much more safe, due to the crazy paparazzi back in Los Angeles.

To check out photos of Kim Kardashian and Kanye West’s reunion head over to our friends at, Diva Whispers, Click HERE!