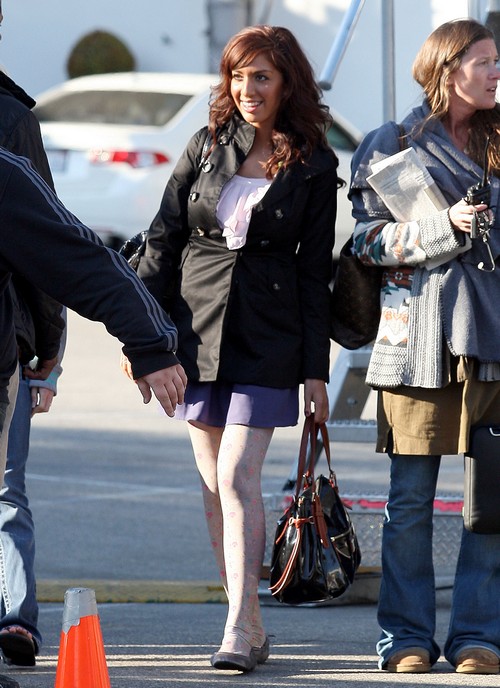 Daddy must be really super proud of his baby girl, huh? Ha. What a messed up family she has. But on the other hand, it’s not like she got famous because she’s making good decisions, right? Her father said, “She’s just trying to figure out what’s going on.”

Farrah said, “My dad’s just very supportive. And like any business person, I need to handle this situation the best way for my future. My dad’s just there helping me out, and I wanted to bring Soph out here as well. I’m just getting a couple different offers for two other companies, and I think it’s just smart that I’m hearing what each company has to say and really hearing out everything so I can process it.”

She continued, “I’ve only gotten great feedback from the other companies that they were personally impressed. In terms of every field of work that I’ve worked in, I’m always wanting to hear good feedback, whether it’s shows or it’s my book or other things. And I’ve only gotten great feedback about this. And that’s why maybe I’m looking into the option of releasing it. If I heard otherwise, I wouldn’t even be releasing it.”

What a piece of work she is!