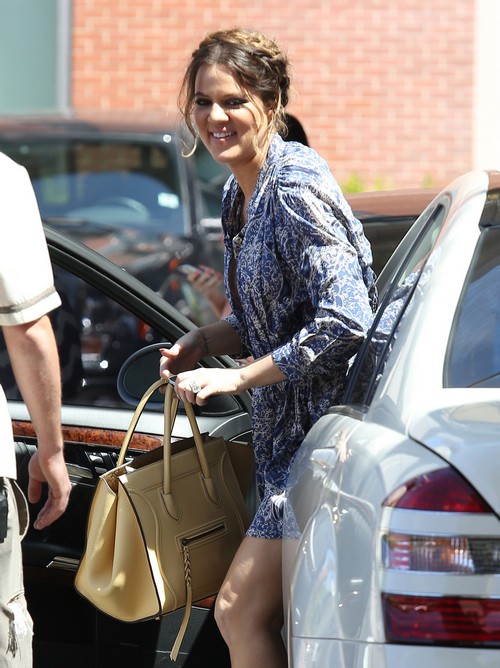 File this one under: It sucks to be Khloe Kardashian!

After co-hosting the second season of The X Factor with Mario Lopez, the Powers That Be in charge of the show have decided to give her the royal BOOT! HA!

When they were hosting the show together, it appeared that Mario was always saving her and he looked like he belonged behind the camera. She, on the other hand, always looked so awkward and nervous on stage — no matter if she were out front or speaking to the contestants backstage.

The producers in charge of the show just issued a statement that she is not going to be welcomed back for the show’s third season. They said in a brief statement, “We really enjoyed working with her and wish her all the best in her future endeavors.”

We can’t say that we blame them. This is about business and she just wasn’t cut out for this type of work. What do you think? Are you surprised? Hit the comments below and leave us your thoughts!