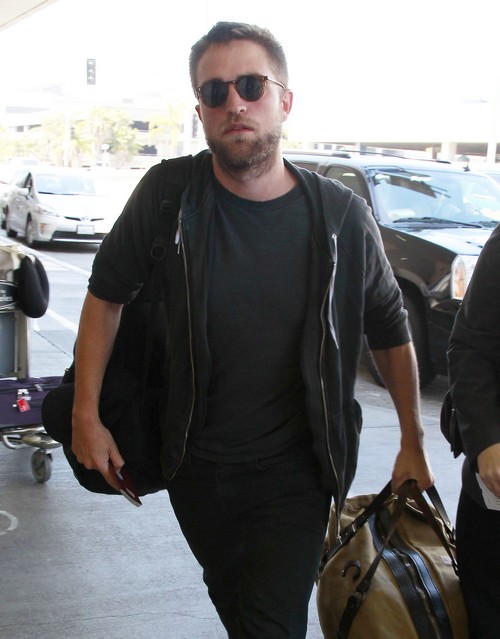 In case you’ve missed it, there has been all kinds of buzz surrounding Twilight actor Robert Pattinson’s new commercial for Dior. Reportedly, the commercial features a super sexed up Rob with a bunch of hot models. Apparently this hasn’t sat too well with Rob’s girlfriend Kristen Stewart and needless to say — she’s super MIFFED!

A source said, “Rob has had to explain he was in an extremely difficult position when the advert was shot and that he didn’t mean to go as far as he did. But Kristen said she didn’t blame him after what happened. She said she would have done the same thing considering what she did behind his back. Kristen’s yet to see the advert’s final cut, but she’s been prepped by Rob ahead of its release.”

So he has basically warned her that she isn’t going to really appreciate the final cut of the commercial? The source continued, “It’s going to be the biggest and most talked about advert of the year – especially with all the Twihards clambering over each other to see the finished result. The advert is sexually charged. Robert is topless for part of it and kissing the model with tongues. He looks very much into the girl he stars alongside. Rob and the model are in a swimming pool making out and he’s seen giving her a blow-back with a cigarette at one stage, too. The advert was shot when news of Kristen’s affair was released and Rob agreed to sex things up. There are scenes where Rob is chasing the model around town wearing a mixture of Dior jackets, shirts and suits – and there’s clearly a lot of chemistry between them. There’s also one scene where R-Patz takes part in a foursome and writhes around in bed with three models in various states of undress. But nobody is sure whether this will make the final cut. It’s a no-holds-barred advert and very sexy for a fashion house like Dior.”

The spy added, “Kristen will be livid when she sees the advert. Dior are thrilled with it however because they know how controversial it’s going to be. It’s the talk of the fashion world right now and has been one of the most eagerly awaited adverts for years.”

We bet they will be super happy with the results!