Kristen Stewart Is Back With Rupert Sanders – Report 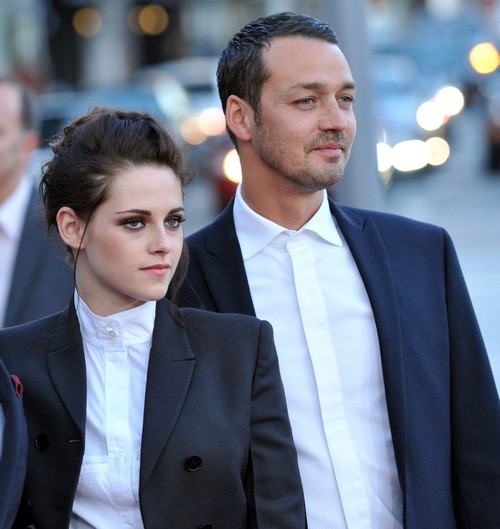 Is Twilight Star Kristen Stewart back with her ex-lover  Rupert Stewart?

Well if we are to believe reports this morning from the Daily Mail, Kristen Stewart was spotted in a car with Rupert, sound familiar??  Her maybe on, maybe off again boyfriend, Robert Pattinson was jetting out of LA at the time trampire Kristen was spotted with the man who bears a striking resemblance to Rupert.  Kristen was leaving a restaurant after having dinner with friends at Malo Taqueria in Silver Lake, California, on Sunday night [April 21st] when she was spotted getting into a car with a man believed to be Rupert.

Rupert was the director on her movie, Snow White & The Huntsmen and Kristen was caught cheating on Robert with Rupert.  Twihards everywhere wept when their Bella  Swan (Kristen Stewart) cheated on Edward (Robert Pattinson.)  After the cheating the two broke up and Rupert’s wife eventually threw his sorry butt to the curb.

Kristen and Robert have since managed get their relationship back on track,  but I wonder what Robert is going to have to say if this was actually Rupert she was with.  I would think his pride would demand he evict Kristen from his life as soon as possible.

What do you think Hiccupers is Kristen back with Rupert?  Is she going to break poor Robert’s heart again?  Hit the comments and let us know your thoughts!