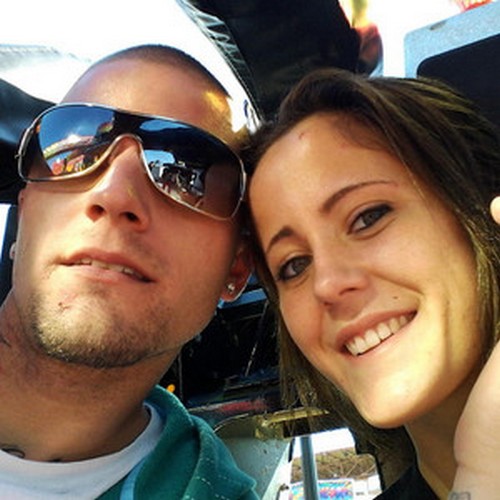 Well, look at that – what a surprise….NOT. Teen Mom’s Jenelle Evans and her husband Courtland Rogers have just been arrested for ‘alleged’ heroin possession. Basically, both Jenelle and Courtland were picked up for drug possession, and they’re both idiots – at least, that’s the gist of the report.

Evans is in jail, and according to E! News, she’s ‘very upset.’ A source close to Evans told them, “She was crying in court. This just happened. She was in bad shape.” Yeah, ‘this just happened’ is an excuse addicts use when they refuse to take responsibility for what they’ve done – a fact made even more ironic due to Jenelle’s tweet this morning stating that she was healthy and sober.

Evans is in custody, and her bail bond is at $10,000 for the possession charges and another $10,000 for the assault. Courtland, on the other hand, has a $20,000 bond just for the possession charges. Evans’ attorney mentioned that he’s going to try to get her out by the end of the day. See, this is what sucks about holding celebrities accountable. They are never actually HELD ACCOUNTABLE. Similar to Reese Witherspoon’s situation, what’s the most that’s going to happen here, apart from the arrest? At least with Reese, her image has been hurt and she may have to pay the consequences for her career. With Jenelle, this does nothing but gain her more publicity. She doesn’t have a career that will get affected, and she’s gotten away with stuff like this before. The most that will happen is that she’ll lose custody of her child, which would certainly be a blow to her, but one that she’s faced before.