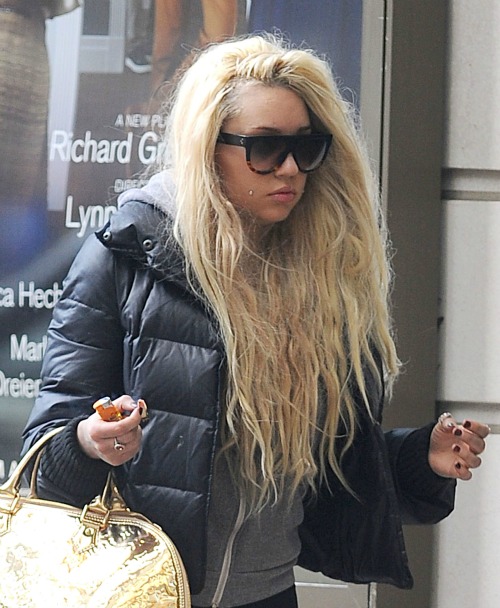 Amanda Bynes doesn’t feel that she has a problem with money, despite dropping loads of cash everywhere she goes. In fact, she says that she is in the same category of wealth as Mary-Kate and Ashley Olsen. Uh huh. We’re going to have to see the checkbook to believe it!

She said that she is “in the Mary-Kate and Ashley type of wealth [category]”. The twins and former child stars-turned fashion moguls are said to be worth an estimated $300 million. Does she think that will cause Drake to come running to her? Lying about your finances is always sexy, no?

She retired from acting at 24-years-old and is said to be worth $4 million. While that is a lot of money, she surely is running through it at a rapid pace. She was said to have spent $30,000 in only one month.

A source said, “Her spending is out of control”, which included $11,000 hair extensions, luxury hotels, expensive cab rides and shopping sprees. A source at the W Times Square hotel said, “Amanda stayed her for about a month. She ordered room service. Her bill must have been massive.”

“[Amanda] is going to run out of money sooner or later,” says a source close to her. “The girl no longer has an income.”

She will most certainly run out of money and then she’ll be on Twitter talking about how she is un-retiring from acting. She is definitely weird these days, don’t you think?