American Idol Dumping The Only Thing Good About Idol This Season, Mariah Carey? 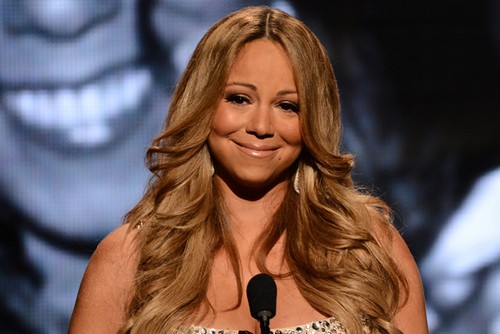 American Idol is trying to dump the only good thing about Idol this season, Mariah Carey!

What is American Idol thinking?  Repordidly Idol is trying to replace our girl, the magnificent Mariah Carey with the insipid Jennifer Lopez, say it ain’t so….  Jennifer Lopez, are they out of their minds?  Can you imagine having to listen to Jennifer squeal over and over again, “I have goosies?” I shudder thinking about it…

The rumors starting this morning and now TMZ is claiming their sources connected with the network are telling them, “We’ve learned Lopez will appear on the now ratings-challenged show on May 16 to debut her new single, but Fox has bigger ideas — they want to stop the hemorrhaging quickly and bring the former judge back on the show. “

The show is doing horrible this season, no surprise!  Who wants to listen to the irritating, Nicki Minaj?  Her voice is like nails scratching on a chalkboard ….  Randy is Randy and Keith Urban is fine, but boring.  What did they expect.  Idol is hoping bringing Jennifer on board  who they hope will boost  ratings. Wrong!!

Hollywood Hiccups is calling all Mariah’s Lambs to boycott this train wreck if they remove Mimi!

Check out what Mariah Carey had to say about this mess, our friends over at Celebrity VIP Lounge have what she is going to do if they try this, CLICK HERE!