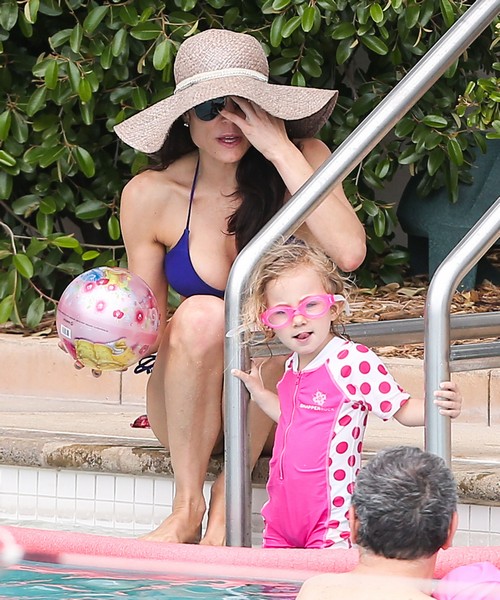 Remember late last year when Bethenny Frankel insisted that she and Jason Hoppy were going to do everything possible to keep their divorce as amicable as could be? Yeah, well that plan went out the window pretty darn fast. First Jason refused to budge from their shared home and then he really went in deep and filed for full custody of two year old Bryn. The two seem to be in agreement on precious little and now splitting homes and assets seems to be the least of what is on the line. The court has decided to do a parental evaluation to decide who is indeed the better parent for Bryn. According to OK Magazine, the fight will only get messier.

“Bethenny is furious that her parenting style and methods are going to be questioned. Bryn is her whole life, and she doesn’t want anyone to assess her mothering skills. She does not want a complete stranger to come into her home and pass judgment on the way she nurtures Bryn. Bethenny isn’t going to give up her fight for full custody and neither is Jason. They’re both very stubborn and the court is going to have to make the ruling for them.”

Seriously, these two really could work this out if they wanted to. Bethenney has said that Jason is a fantastic father and let’s be real here, work is truly her first love. That’s not to say that she doesn’t love Bryn, but she really needs to split custody in order to continue having the best of both worlds. This is really a case of them being too stubborn and angry to do what’s best for their daughter. Do you think they’ll come to their senses or is the court going to have to make them play nice? Tell us your thoughts in the comments below!